After months of writing, photographing and pavement-pounding, my new book is out!

Secret Dublin: An Unusual Guide (Jonglez, €17.90) does exactly what it says on the tin. From hidden gardens to guerrilla art, from Napoleon’s toothbrush to Haughey’s honey pot, it’s full of opportunities to get off the tourist grid and discover Dublin’s hidden treasures.

Here’s a taste of six inclusions to get you started…

You can buy the book online at Amazon. 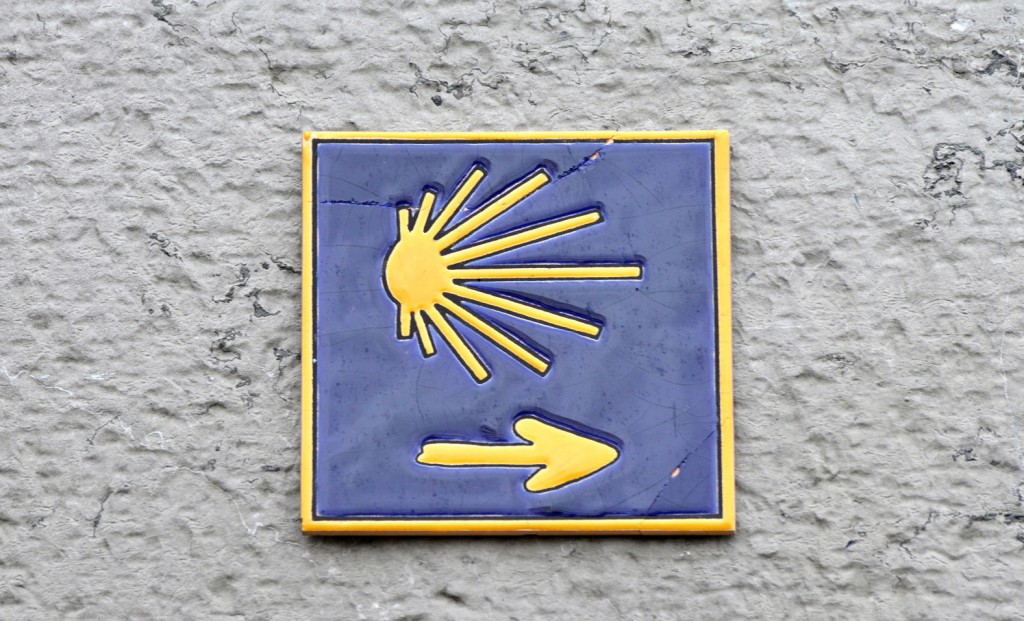 To modern pilgrims, The Camino de Santiago de Compostela begins in Southern France or Northern Spain, and ends at the reputed burial site of St. James in Galicia.

Medieval pilgrims wouldn’t have been privy to the delights of Ryanair, however. In Ireland, the traditional departure point on the Camino was St. James’s Gate, where a shrine to the saint was located at the western entrance to Dublin. Pilgrims had their passports stamped here before setting sail for Northern Spain and, though few realise it, that tradition has never stopped.

Camino passports can still be bought at St. James’s Church today. Outside the church, look out for the small blue tile featuring a scallop – traditionally the emblem of St. James.

Inside, don’t forget to get your passport stamped! 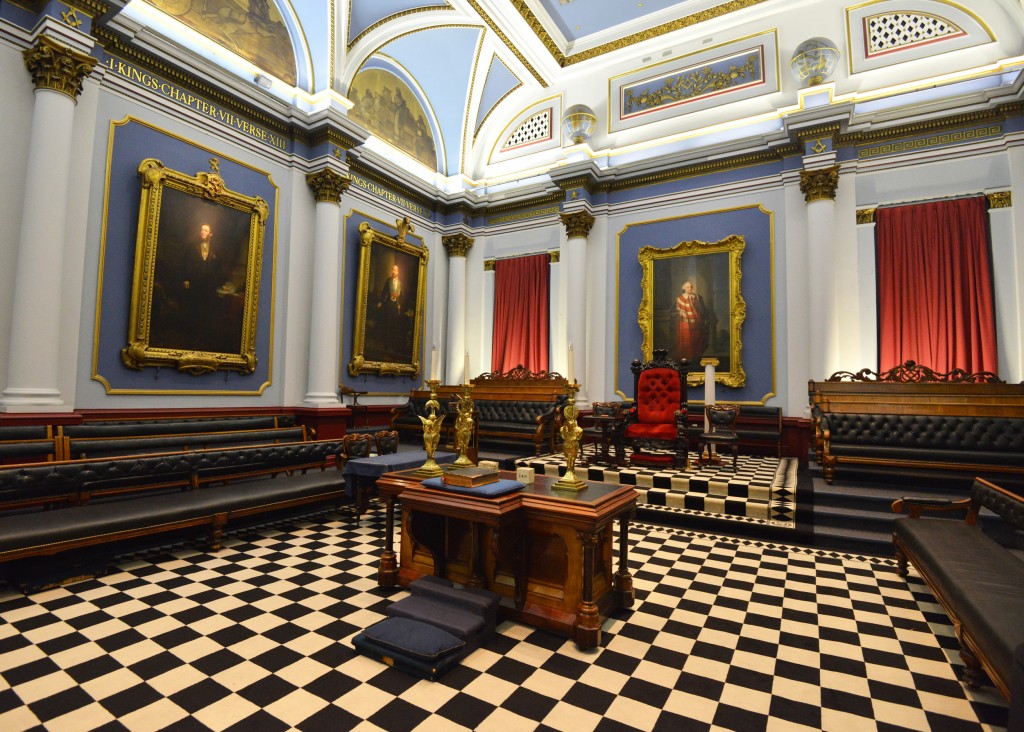 For a supposedly secret society, Freemason’s Hall is remarkably easy to access. Tours are conducted daily at 2.30pm in summer months, by appointment the rest of the year round, and cost all of €2 per person. What’s more, there isn’t a human lizard in sight.

What you will see is a marvellous building steeped in ceremony and symbolism. From dramatic set pieces like the Grand Lodge Room to squares and compasses hiding in doorknockers, seatbacks and lapel pins, every centimetre of Edward Holmes’s Victorian design reflects its masonic purpose. The best thing about the tour is the openness of the guides, however, who’ll happily debunk any theories regarding the Illuminati or fake moon landings. 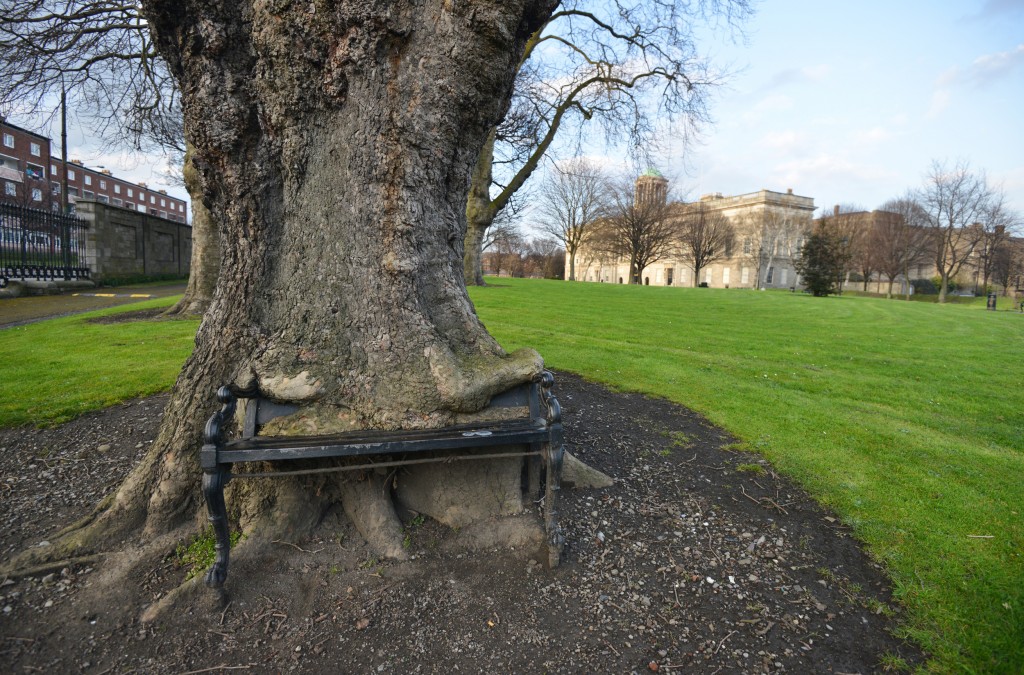 The Hungry Tree greets walkers, barristers and benchers as they enter Kings’ Inns’ gardens from the south gate. It’s a graphic spectacle: a bench being eaten alive by a London plane. And it’s the cover image for Secret Dublin: An Unusual Guide (Jonglez, €17.90).

What’s the story? Well, the bench dates from the early 19th century. Since it was installed, the tree has grown to engulf it – a slow-motion gastronomic exploit that has seen it listed as a heritage tree and ‘arboriocultural curiosity’ by the Tree Council of Ireland. That senior members of an Inn of Court are known as ‘benchers’ only adds to its delight. 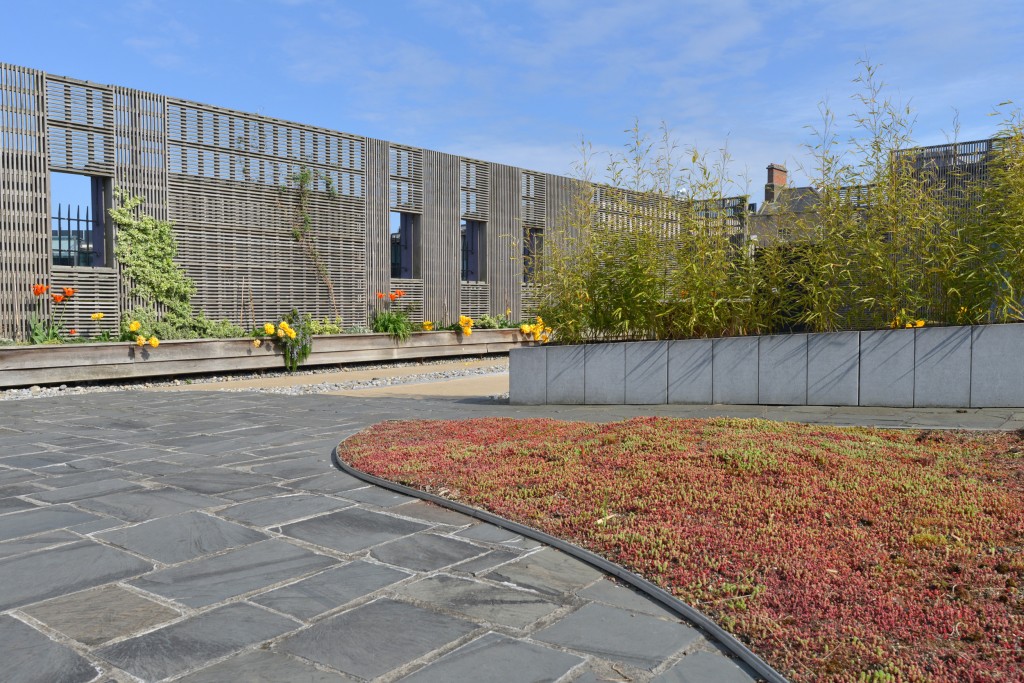 Understandably for a city that is rained upon so often, Dublin doesn’t really ‘do’ roof gardens. That’s not to say roof gardens are not ‘done’, of course – as this peachy patch atop of the Chester Beatty Library in Dublin Castle attests.

Split into a series of different surfaces, the small space commands some stonking views over the Dubh Linn gardens, and is freely accessible through the museum. Creative use of indigenous materials and timber trellises give both an Irish and a Japanese feel to the layout.

Throw in the museum itself, some amazing artefacts and a menu of Middle Eastern food at the Silk Road Café, and you have the makings of a very interesting afternoon. 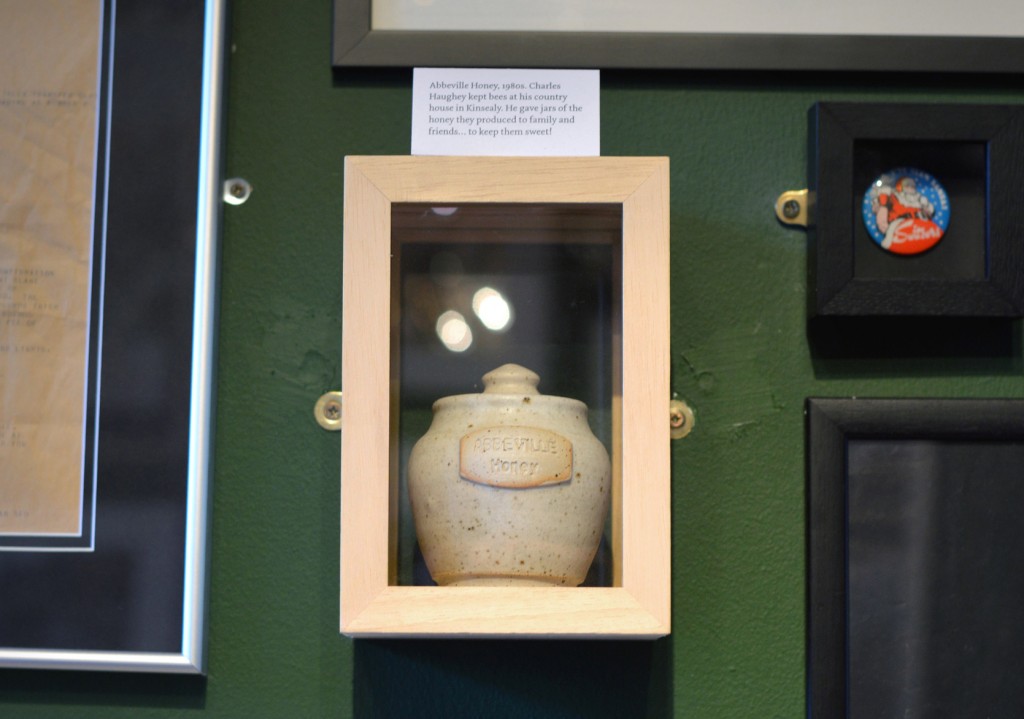 Seven years since Charles J. Haughey died, and almost 22 years since he was Taoiseach, the Machiavellian Prince of Irish politics continues to intrigue. As you read, ‘Charlie’, a mini-series starring Love/Hate’s Aidan Gillen and Tom Vaughan Lawlor is filming in Dublin.

Sometimes, however, it’s not the big books and TV series that get to the essence of a man. It’s the smaller things – such as the inconspicuous-looking jar of Abbeville Honey hiding in The Little Museum of Dublin. Who knew that Haughey was an avid beekeeper, or that he gifted his honey to family and friends “to keep them sweet,” as the museum puts it?

Such a tiny jar, and yet it says so much. 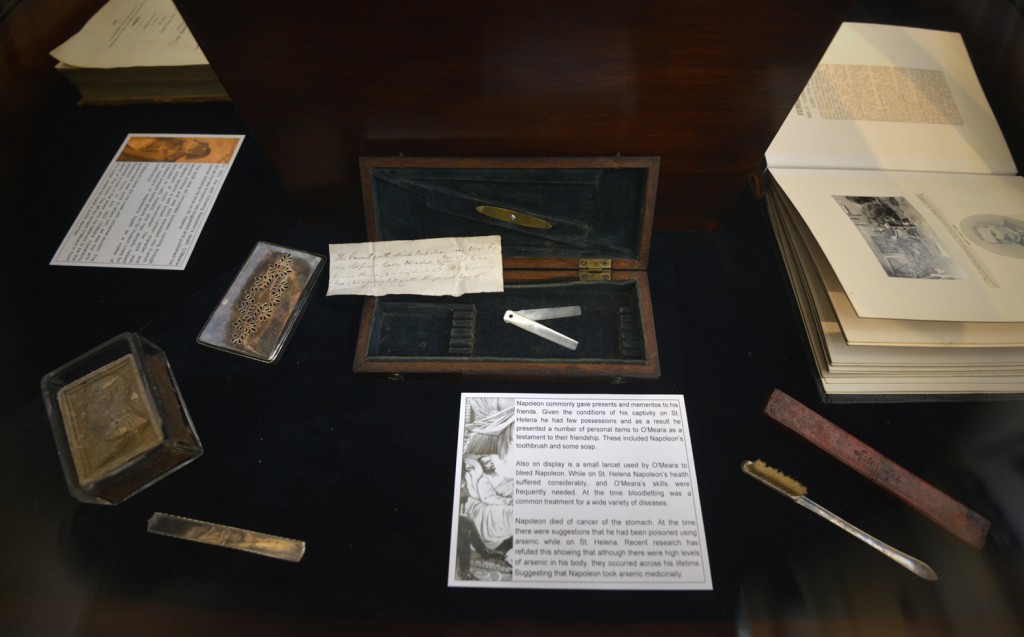 Napoleon is known all over the world. Barry Edward O’Meara, not so much.

Still, this Irish physician’s friendship with the French Emperor was such that Napoleon not only trusted him to take notes for a posthumous diary, but gifted him some extraordinary personal effects – including his toothbrush and a pair of personalised snuffboxes.

The items, along with a small lancet used by O’Meara to bleed Napoleon, are found in a modest display case in a hallway of the Royal College of Physicians’ (RCPI) on Kildare Street.

Secret Dublin: An unusual guide is published by Jonglez (€17.90). It’s available now in all good bookshops, or you can buy the book online on amazon.co.uk.