You’ve tied the knot, partied like rock stars, and capped it all off with a honeymoon on a tropical island resort. You’re kicking back on hot, white sands. Palm fronds whisper in the wind. A turquoise ocean laps up against your toes, and the next mojito is a mere click of the fingers away.

It’s paradise. Or is it?

Strange as it may seem, not everybody is tickled by the prospect of spending thousands of euro on a luxury beach break. The Maldives are beautiful, but there are no shopping malls, funky bars or museums to explore. The Caribbean is crawling with stunning resorts, but its shops are crawling with overpriced souvenirs aimed at cruise ship passengers. You won’t be seeing any shows or concerts, either.

Different folks like different strokes. That’s why two out of three Irish couples are now taking in at least two destinations on their honeymoon.

The beauty of this is that it’s easy to do. Given the excellent flight connections we now enjoy through major European airports, Dubai, Abu Dhabi and Istanbul, exotic holiday combos have never been more accessible.

This week, I’ve tracked down five of the best twin-centre deals to give you an idea of the diversity that’s out there. Just bear one thing in mind – if you’re including a city, schedule it for the end of the honeymoon. You’ll be exhausted after the wedding, and you’re not going to want to carry your shopping to the beach.

Other than that, your flight to paradise is ready to board! 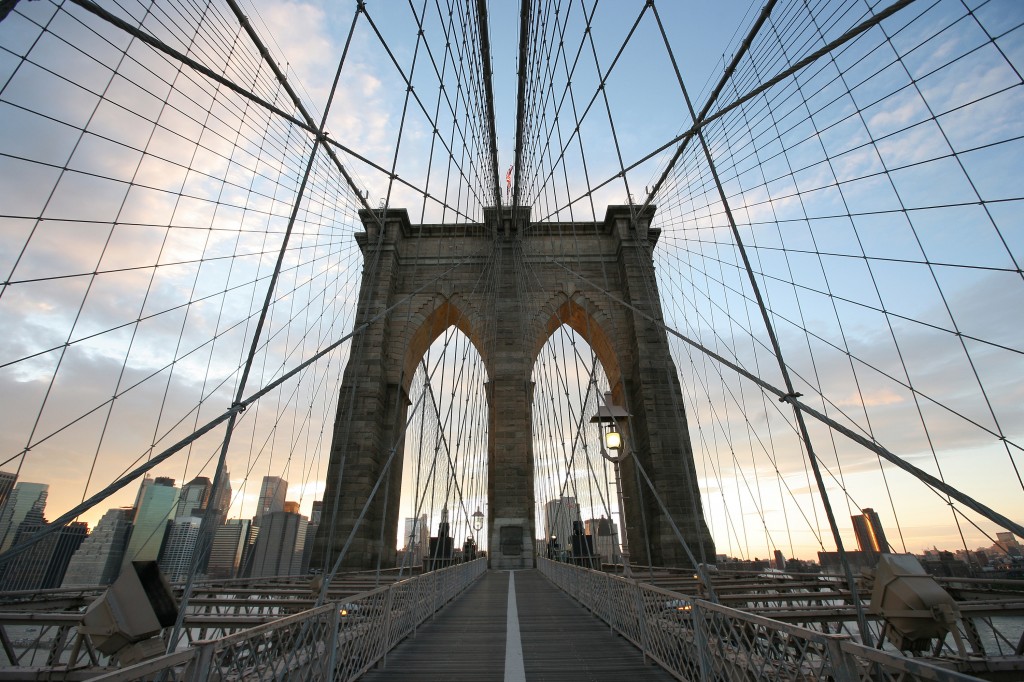 New York is the best three-day town on earth. From the boutiques of SoHo to the department stores of Midtown and great set-pieces like the USS Intrepid or the Brooklyn Bridge, there’s always something new to do in the Big Apple.

American Holidays has flights plus three nights at the Fitzpatrick Grand Central Hotel from €719pp based on travel next February. The deal includes free entry to the Empire State Building, plus the option to add a seven-night Caribbean cruise from €699pp. The cruise is on the Norwegian Breakaway, a 4,000-passenger ship that departs from New York, so you don’t have to bother with a transfer.

€699pp is cut price for a seven-day cruise, so check whether you’re signing up for an inside or ocean-view stateroom. Gratuities, alcohol and excursions can also add up quickly on a cruise, so budget accordingly. 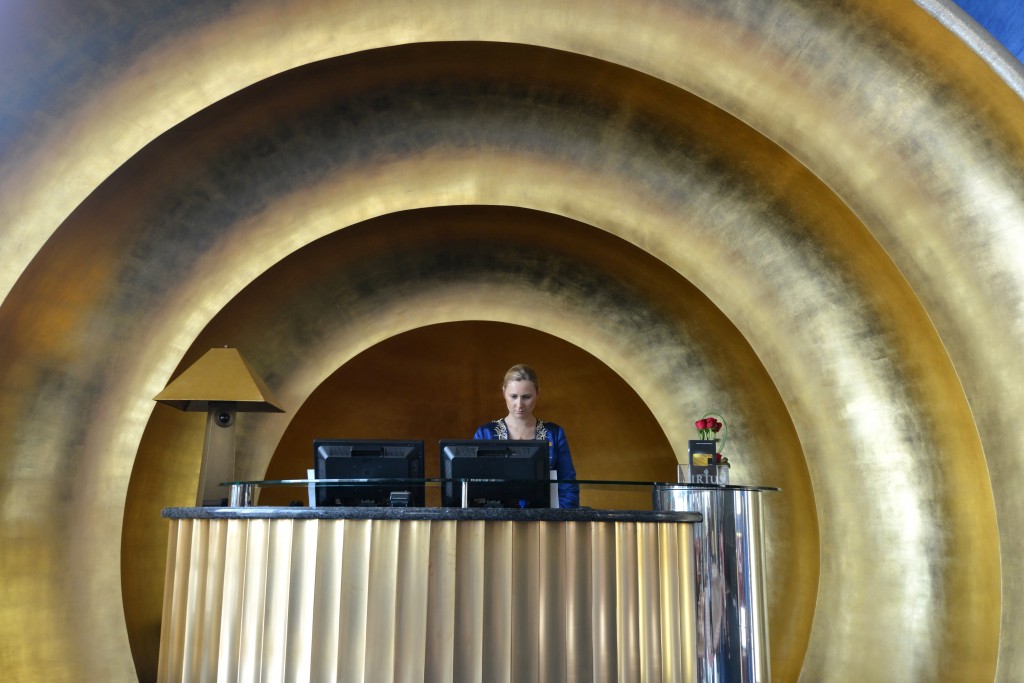 Emirates flies direct from Dublin to Dubai (with two daily departures from September), opening up all sorts of twin centre honeymoon opportunities. This twin-centre trip from Trailfinders is a prime example.

Departing Dublin in September, it includes flights plus seven nights in a junior suite at the One&Only Le Saint Geran Resort in Mauritius, followed by two nights at the One&Only Royal Mirage in Dubai from €2,589pp. Both resorts are five-star, and the deal includes private transfers and free half-board. According to my Trailfinders contact, that means savings of over €1,250 per person.

Mauritius is a good choice for honeymooners looking for postcard-pretty beaches with a little extra on the side. The former French colony offers a good scattering of off-beach activities for those with itchy feet – including historical sites, and a bustling range of bakeries, Hindu temples and colonial architecture in Port Louis. Dubai is the place to fill up those suitcases… its malls are the biggest on earth.

Remember that duty-free goods worth more than €430 are liable for VAT and import duties upon your return in Ireland…. if you’re caught!

She may have a poker chip for a heart, but Sin City is great fun.

In recent years, the city has worked hard to diversify beyond the casinos too, bringing a stellar collection of shows, shopping malls, spas, nightclubs, celeb chefs and excursions (try the helicopter ride into the Grand Canyon) into play for visitors.

The pools are hopping too. Day clubs, DJs, parties and brunch menus have become big business along the Strip, with pools at The Cosmopolitan, Aria and MGM Grand offering everything from cabanas and champagne parties to guests.

One of Tour America’s most popular honeymoon requests twins Vegas with the resort city of Cancun on Mexico’s Yucatán Peninsula. Travelling this October, it has flights plus four nights at the Hard Rock Hotel and nine nights at the Secrets Silversands Riviera in Cancun (on an all-inclusive basis) from €1,999pp.

There’s some added value in this package, as the Silversands rate includes honeymoon add-ons like a bottle of bubbly, a 15% discount on spa treatments and a breakfast in bed with mimosas… you’ll need to bring a copy of your wedding invitation or marriage certificate to claim it, however.

Safaris are once-in-a-lifetime holidays. So are honeymoons (ideally, anyway). So it’s not surprising to see more and more Irish couples enquiring about the possibilities of combining both… with the added benefit of a few days on the beach.

Mahlatini has a 10-night special mixing romance and adventure with three nights exploring Kenya’s Maasai Mara and seven nights in the Kasha Boutique Resort in Matemwe, Zanzibar from £1,905/€2,347pp mid-season or £2,170/€2,673pp at peak times (i.e. from July to October, and December 21-31) excluding flights.

The honeymoon kicks off in the Kenyan bush, with savannah scenery, Maasai warrior meetings and several game drives seeking out the Big 5 (lion, leopard, buffalo, rhino and elephant) on the cards. You’ll stay at Kichwa Tembo, in ‘Hemmingway-style’ luxury safari tents with wide-open views across the plains.

Afterwards, it’s onwards and upwards as a light aircraft whisks you away to the white sands and coral reefs of the Indian Ocean. Accommodation is full-board in Kenya (with a 50% discount for the bride), and half-board in Zanzibar.

As a general rule, July to October are the best months for safari trips in East Africa. Hot, dry weather sees lighter vegetation, plus it draws animals towards dwindling water supplies. You very much get what you pay for with safaris, too – so it’s worth a splash on the best guides and more exclusive camps. 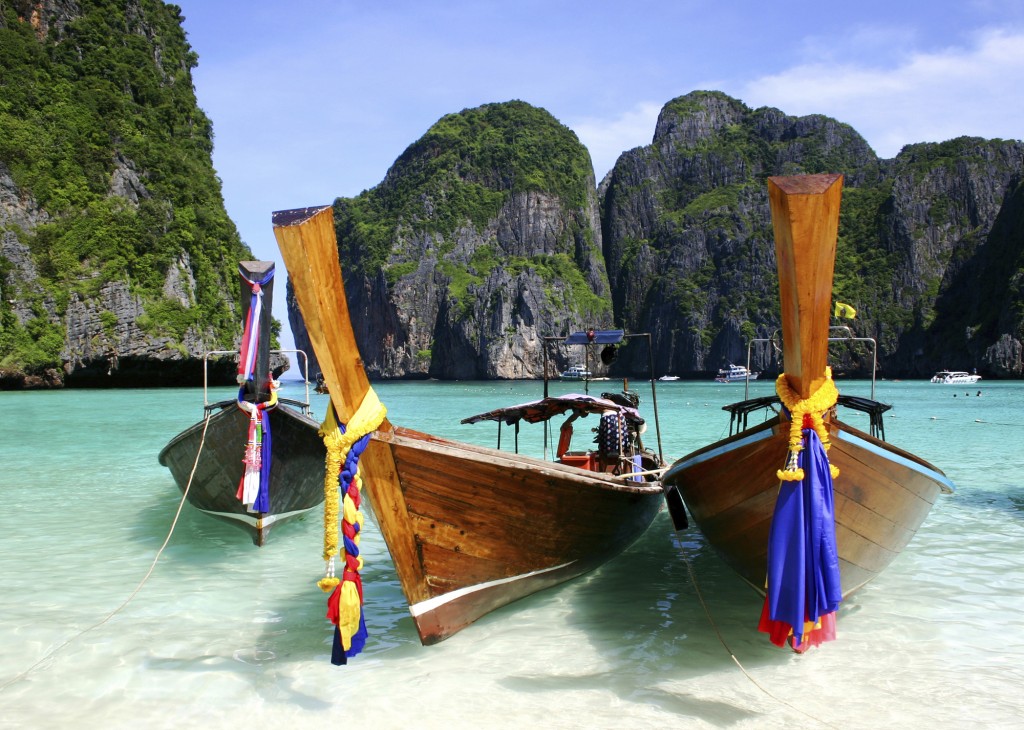 You don’t have to travel between two countries for a twin-centre honeymoon, of course. South Africa, Malaysia and Thailand are particularly good destinations when it comes to city and beach combos on a single visa.

All three offer solid value options for honeymooners, with cheaper resorts and favourable exchange rates squeezing some extra bang for your buck. ClickAndGo.com, for instance, has 10 nights in Thailand from just €1,149pp based on travel from October to December of this year, or in January 2015.

The average Irish honeymoon budget sits somewhere between €4,000 and €8,000 per couple, so that puts a very good price in perspective.

The Thailand trip includes flights, transfers, three nights in Bangkok at the four-star Montien Riverside Hotel and seven nights in Phuket or Ko Samui at four-star beach resorts on a B&B basis. You can upgrade to five-star from €1,565pp.

Don’t scrimp on your honeymoon. If you’re looking to cut costs, take a shorter holiday at a five-star, rather than a longer holiday at a four-star. You’ve earned the luxury and, believe me, the memory will last forever.

NB: All prices subject to availability. Rates include flights, transfers and taxes except where stated otherwise. Booking fees may apply.