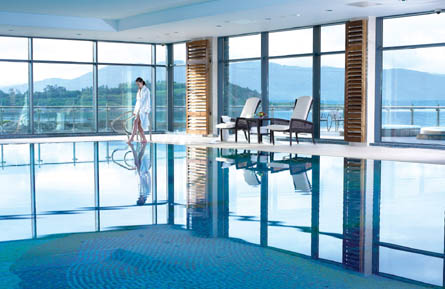 Reading the news, I nearly sprayed coffee all over my desk.

After years of rip-off Ireland, the latest Hotels.com price index says our room rates are the lowest in Western Europe.

Dublin, a city that once threatened to eclipse Oslo and Copenhagen in the expense stakes, is apparently now one of the best-value boltholes in the world – with an average room rate of just €73 per night.

Granted, these are averages. Pitch up in Dublin during the UEFA Europa League final, or when Neil Diamond plays the Aviva, and €73 rooms may be in short supply.

But given that globally, average room prices actually rose last year, our benighted hotel sector is almost certainly bottoming out.

The Czech Republic, Poland and Hungary are the only European destinations remaining cheaper than Ireland. I can’t see how prices can fall any further.

All of this means one thing for the consumer. If you’ve ever fancied a five-star stay, or feel like taking a short break in a great Irish hotel, now’s the time to make it happen.

During the boom years, could you have imagined the Parknasilla Resort and Spa (pictured) bundling two nights’ B&B with a gourmet evening meal from €139pp?

Likewise, could you have foreseen that Dublin’s Shelbourne Hotel would be offering one free night for every two weekend nights you stay (an offer valid up to May 31st)?

Wanna take the kids? Going to press, the Radisson Blu St Helen’s Hotel had an Easter special for two adults and two children sharing, including dinner at the Talavera restaurant, from €210 per room.

That’s just over €50pp for a five-star stay, and the kids get a free Easter egg too.

A recent IHF survey says 84% of hoteliers fear going out of business this year.

But there’s good news too. Enda Kenny’s St. Patrick’s Day bonanza couldn’t have gone any better. Queen Elizabeth and President Obama, figureheads from Irish tourism’s most important markets, are both set to visit next month – a big vote of confidence for the battered ‘Brand Ireland’.

Tourism Ireland is campaigning hard to entice Irish Americans back to the auld sod, too – this we know. But did you know that it has also built Ireland into the fifth most popular country on Facebook? In the space of a year, its fanbase on the social networking site has grown to over 250,000.

When I visited Ashford Castle recently, manager Niall Rochford told me that 45% of its business was flowing from the US, and that this March was shaping up as one of its busiest ever. Rates at the hotel are down a fifth on their peak, and they’ll only be heading north from here.

US visits actually to Ireland rose towards the end of last year, CSO figures confirm, egged along by some sensational package deals featuring top Irish properties.

At the recent IHF conference, there was also a sense that hoteliers were ditching the negativity. There was talk of bringing two million extra visitors to Ireland by 2014. Granted, we’ve shed more than that in the past two years, but the rebuilding has to start somewhere.

If it all clicks, occupancy will rise, and rates will follow – starting with the best hotels. Hotels built in stupid locations or solely for tax perks may well remain cheap. But that’s because they are cheap. And if there’s any justice, they’ll be the ones to close or switch use, reducing the surplus rooms.

Enjoy the rock-bottom rates while you can. They can’t – and shouldn’t – last.

This column originally appeared in The Irish Independent.