Dublin: Club M at the Merrion or Morrison…

Fancy skipping the wash-up and booking your family or friends a Christmas dinner at the Merrion Hotel (pictured, above)? Well you can, and in some style too – the five-star has a series of private dining rooms accommodating from 12 to 60 guests, with meals from €47pp.

Meanwhile, the recently relaunched (and refurbished) Morrison Hotel has a three-course Christmas lunch from €65pp or a supper buffet from €35pp. Lunch kicks off at 1pm, with a menu including Hanlon’s scallops, terrine of pheasant, Traditional roast turkey and ham, and baked salmon served with Christmas vegetables and potatoes to follow. Desserts follow with Christmas pudding parfait, Bailey’s cheesecake and a homemade treacle tart.

If you’d like to stay over (and catch the sales), The Morrison offers two night bed and breakfast package from December 24th including both meals from €249pp.

Cava Bodega is one of the top tapas restaurants in the country, a brilliantly atmospheric venture twinning Spanish style and flair with the best of Irish produce. After a spell of closure, it has re-opened on Middle Street… with its loyal clientele coming right along.

Cava opens on Christmas Eve from 12pm to 5pm, in a move perfectly suited to families and friends who – for whatever reason – won’t be eating together the following day. 50 regional Spanish tapas are on offer on the menu, ranging from meatballs in tomato sauce (€4) to scallops, black pudding, cauliflower puree, lardo and oats (€12.50).

You won’t go thirsty, either. Cava Bodega is famous for its Spanish wines, beers, ciders and sherries, with over 100 options lovingly sourced from Spain. Feliz navidad!

Portugal: The Algarve, and all the trimmings… 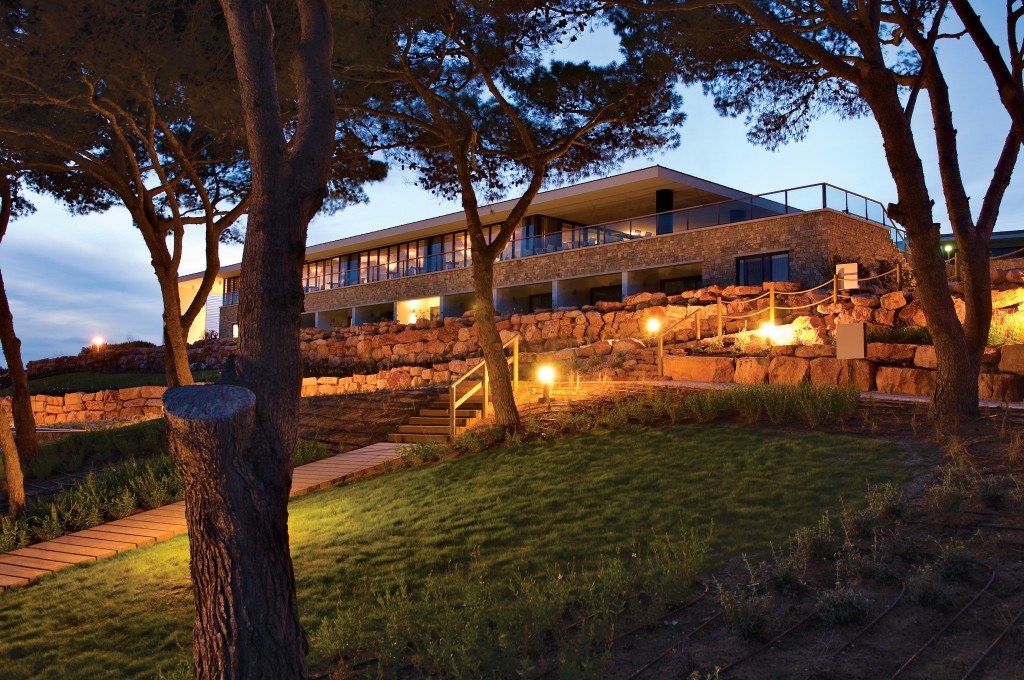 You won’t exactly spend Christmas catching rays, but December in the Algarve does bring average temperatures of 12-14 degrees. Not a bad alternative to an Irish winter.

Where to stay? One option is Martinhal Beach Resort & Hotel, located near the historic town of Sagres. Martinhal goes all out for Christmas, stringing up the fairy lights, booking Santa Claus and laying on the yuletide food and festive cheer. There’s a luxury Christmas Eve dinner, a big Christmas day brunch buffet and festive menus for the kids too.

If you fancy a private party in your house, the resort can also deliver turkey and trimmings, Christmas crackers, special napkins and a bottle of Portuguese sparkling wine to your door. A seven-night stay for two adults, one child under 12 and a baby is priced at €110 per night per adult, with half-board and the two Christmas meals included.

Going to press, Ryanair had flights from Dublin to Faro from €88 each way.

Seven Social is a Dublin restaurant that somehow manages to be both cutting-edge and a showcase for Irish history, heritage and tradition through its food and drink.

Emma Bowe’s restaurant opens as a one-off this year from December 27-31, offering a great opportunity for family and friends who haven’t been able to eat together on Christmas Day to kick back and catch up in a space that… well, that isn’t a hotel.

The ‘5 Days of Christmas’ menu features three courses laced with hard-to-find Irish ingredients prepared in a festive fashion. Squirrel from Slane, sea urchin from Cork and razor clams from Balbriggan are all promised, with matching drinks included from €55pp.

If you haven’t checked out Tourism Ireland’s ‘Flavours of Ireland’ food videos, make it your business to do so soon. The lovingly-produced little vignettes are perfect for YouTube, showcasing some top produce (and producers) without hamming them up.

The latest video pulls a focus on the Fermanagh Lakelands (above), handing a central role to Noel McMeel, head chef at the Lough Erne Resort. And McMeel’s cooking is in turn central to the five-star resort’s Christmas package, the highlight of which is a five-course Christmas lunch accompanied by bubbles, a harpist and a visit from Santa Claus.

The two-night package, which also includes plenty of log fires, mulled wine, carol-singing and classic movies, is priced at £199/€237pp per night for two nights.

Windsor and Eton are usually visited by daytrip from London, but what if Santa was to visit a little early this year, dropping a few tickets to Legoland into the stockings?

That would sort the kids. The adults can then be bought off with a five-course lunch (£75pp) at the Grade II listed Mercure Windsor Castle Hotel. The hotel overlooks Windsor Castle, the largest inhabited castle on earth, and its chefs have won two AA Rosettes. Not bad, as Christmas dinners go.

President Higgins has been invited to stay at the Queen’s favourite weekend retreat next April, so you can reccie the sights for him, too. And if you really want to go all out for Crimbo, Heston Blumenthal’s three-star Fat Duck is only down the road.

Kerry: Festive Feasts for a Kingdom… 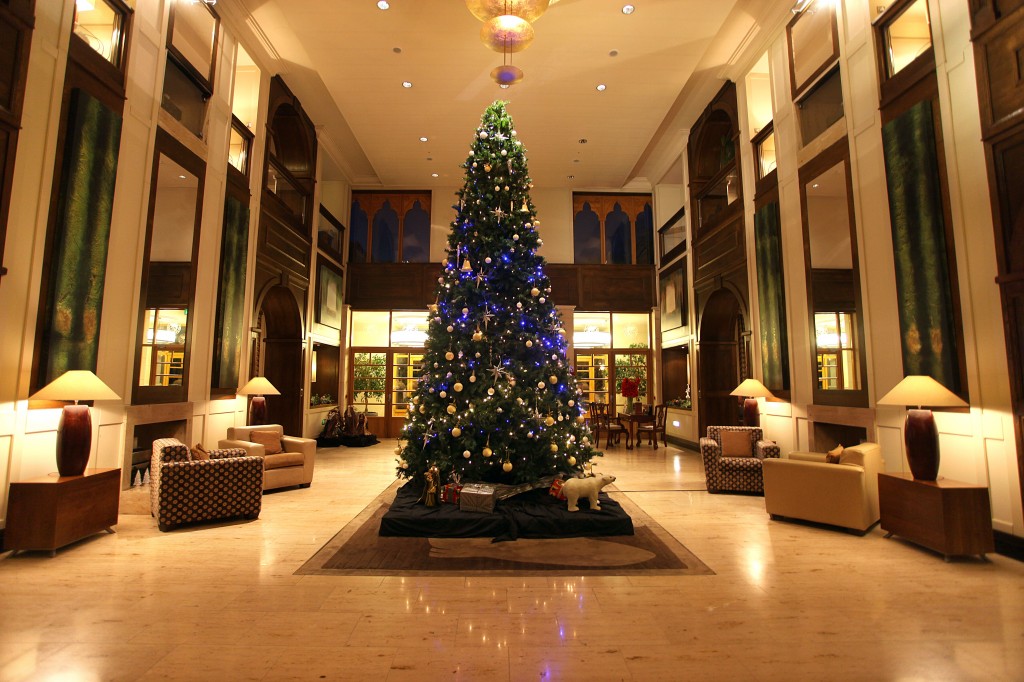 Killarney’s Brehon Hotel is doing two-night Christmas packages from €429pp this year, but you don’t have to pay the full whack to sample its festive fare.

Christmas Day Lunch in Danú Restaurant kicks off with a mulled wine reception followed by a six-course gourmet lunch, complete with all the trimmings. It’s priced at €110pp for adults and €50pp for kids – though the hotel also has Christmas-themed nights on December 13th and 20th, with four-course meals more modestly priced at €35pp.

Another option for an early Christmas pressie is ‘Dine in Killarney’ on December 12th. Part of the town’s Christmas celebrations, the Thursday evening event sees a host of restaurants (including Bricín, Danú and West End House) offering three-course menus at €20pp.

Booking a ski holiday is the only way you can guarantee yourself a white Christmas. Book a chalet with Highlife Ski & Snowboard, however, and a winter wonderland setting is only the beginning. Meals, drinks, hot tubs, log fires and even a personal chef are included.

Chalets are set in the chocolate-box resorts of Val d’Isere, Morzine and Meribel, and kitted out with Christmas trees, open fires, festive decorations and their own saunas. On Christmas Eve, you’ll return from the slopes to mulled wine and fresh mince pies. The following morning, you’ll awake to crackling log fires and gifts from Santa. Chefs cook all dinners, with a five-course feast of turkey, ham and all the trimmings promised on Christmas Day.

Christmas packages are priced at €970 per adult and €790 per child, including transfers but not flights or ski packs (skis, lift passes and tuition). Oh, and drinks are included too.

Tenerife: Michelin Stars in the Canaries… 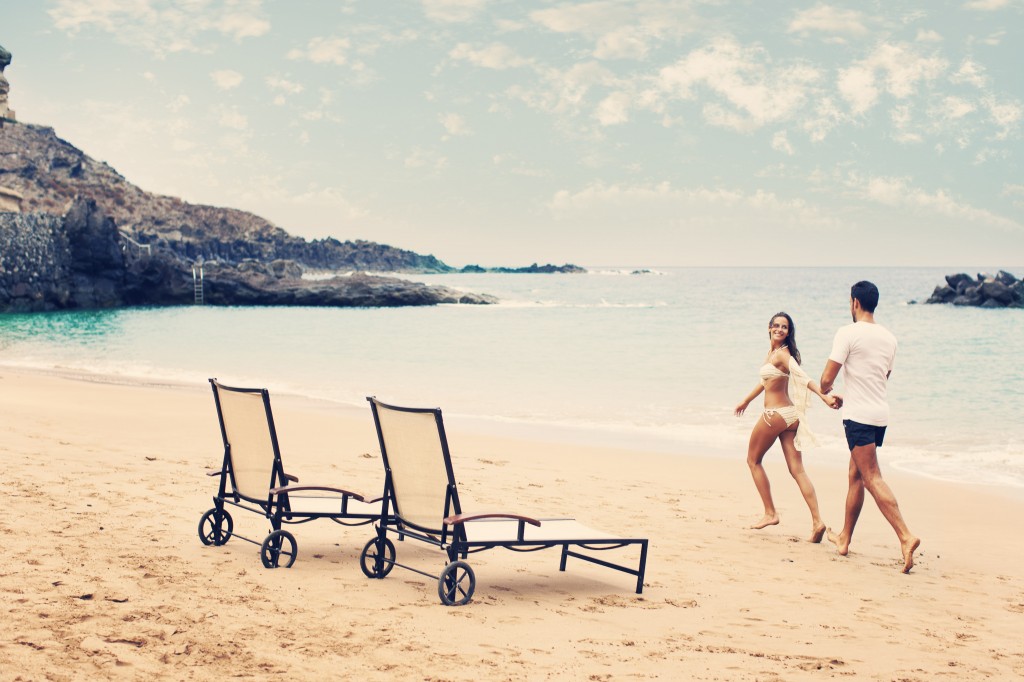 Michelin recently launched its 2014 Guide to Spain and Portugal. In it, Ritz Carlton’s sprawling Abama Golf & Spa Resort in Tenerife won no less than three stars. Not only that, but each star was won by a different restaurant (the resort has ten eateries in total).

Tenerife is the largest of the Canary Islands, a fascinating mix of raw volcanic landscape, year-round sunshine and some brilliant parks. It can fall a bit flat when it comes to food, however, which is one of the reasons Abama’s achievements are so eye-catching.

The latest star goes to MB by Basque chef Martin Berasategui, where you can expect to enjoy such Christmas classics as line-caught hake served with vichyssoise, truffle pearls and tomato fog; Wagyu loin tataki marinated in thyme and orange, and swap your Christmas pudding for cold basil essence with lemon sorbet, frozen juniper and toasted almonds.

Three night spa and golf packages at Abama are available from €625pp up to December 19th, and from €1,125pp from Stephen’s Day to January 5th. Over Christmas, rates rise to around €515 per room per night… so you’ll have to give Santa a real shakedown for that.

Aer Lingus and Ryanair fly from Cork and Dublin to Tenerife.

NB. All prices/offers subject to availability. This feature originally appeared in The Irish Examiner.