On June 15th, 1919, a mysterious contraption came chugging through the skies over Clifden.

“I thought it was something coming down on the house and we’d be killed,” John Conneely, who was a 10-year-old boy at the time, told me when I first visited Clifden several years ago. “But our mother came back from the cows and said it was the noise of an airplane.”

At the helm of that airplane, of course, were Alcock and Brown, who went on to crash-land in Derrygimlagh bog, completing the world’s first transatlantic flight.

16 hours and 12 minutes earlier, Alcock and Brown had climbed into their converted Vickers bomber at Lester’s Field, Newfoundland. A halt had just been called to World War 1 and the pair was out to prove, as Alcock put it, that “there are possibilities of flying non-stop from the New World to the Old”.

Pointing their aircraft west, 1,890 nautical miles lay between them and Clifden. It wasn’t long before the problems started. The shortwave radio broke down. The heating in their leather flying suits stopped working. Fog descended, so thick that neither man could make out the propeller blades.

“The Vickers-Vimy biplane climbed and dived, struggling to extricate herself from the folds of the airplane’s worst enemies,” reported the New York Times. “She rose to 11,000 feet and swooped down almost to the surface of the sea, and at times the two voyagers found themselves flying upside down, only 10 feet above water.”

Turbulence tossed the machine like a leaf. She suffered split exhaust pipes, flaming engines, rain, hail, sleet and ice. Gingerly, Brown scaled the wings to clear air filters of snow. “We have had a terrible voyage,” Captain Alcock said, after crash-landing in Connemara. “The wonder is that we are here at all.”

To find the bog today, follow the signs for Ballyconneely across Ballinaboy Bridge, and park at the gate about 500 yards up the road on the left hand side. After a mile or so of bohareen, a weather-beaten cairn points to the spot where the high-flying pair are said to have come down to earth. 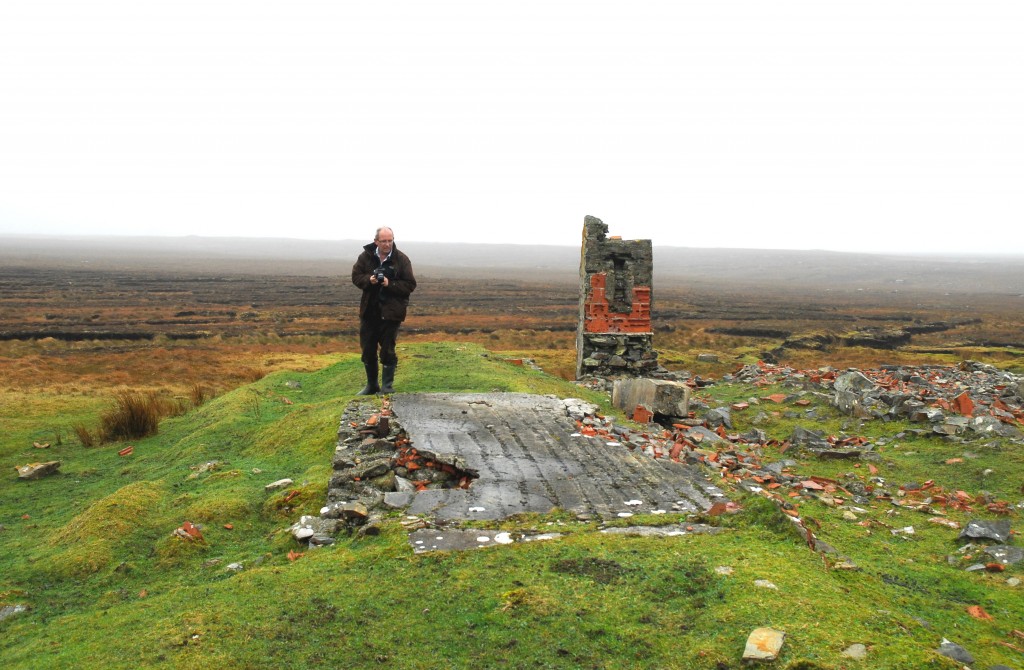 Alcock & Brown aren’t the only legends associated with Derrygimla.

At the foot of the cairn, you’ll also notice the concrete foundations of Marconi’s famous wireless station (above). Squelchy underfoot, spotted with black-faced sheep with their backs turned to Mannin Bay, it’s amazing to think a bog could once have been at the centre of cutting-edge technology.