Some hotels ask why. Hotel Doolin asks, why not?

I spent a night at this small West of Ireland four-star this week, and was gob-smacked at its drive and creativity. Hotel Doolin has its own beer (Dooliner), runs its own writing, folk and craft beer festivals, has a pantry selling foods from the Burren, and runs a pop-up shop in Ennis every December.

Just because businesses work beside each other doesn’t mean they work together, however. Right now, selling a destination – The Burren, say, as opposed to a hotel room in The Burren – is key to tourism marketing. 21st century tourists have a lot of choice, prefer experiential travel, and are far more likely to buy into a  the idea of a rich and exciting  destination than a boring old 2B&B+1D deal.

Despite this, countless tourism and hospitality businesses in Ireland – shops, restaurants, hotels and activity providers – continue to promote themselves above their region.

I can see why that happens. The bottom line is important, and everyone prefers to see a customer coming through their door first. But that’s short-sighted. By teaming up with your neighbours to sell a much broader tourist experience, everybody stands to benefit – and benefit big.

“Initially we were happy to run with the festivals on the basis that we would break even or make a small loss, as long as it got people talking about Doolin and the hotel in a positive way,” Minihane says.

From a customer point of view, what’s gorgeous about all this is the fact that it comes so naturally.

It’s almost as if the marketing benefits are an afterthought.

“The Doolin Pantry came about because we had an empty retail unit at the front of the hotel and it looked ugly,” Minihane explains. “We just wanted to open a shop that sold nice things from the area. There are so many artisan producers around but you can’t buy all their products in the one place.”

Using local food products is a “no-brainer” he says.

Burren producers like Linalla Ice-cream, the Burren Smokehouse, St. Tola’s Goats Cheese all feature, and hotel staff are taught to let guests know where the food comes from. Everybody that stays in Hotel Doolin leaves with a complimentary loaf of its Dooliner & Treacle Bread, too.

Having a dynamic and creative staff like head chef Peter Jackson helps, of course.

Then there are the festivals, which have boosted Doolin’s profile hugely in recent years.

“The main reason we do the events & festivals is because we love doing them,” Minihane says. “I’m a firm believer in doing what you enjoy – if you do it with belief and passion, success will follow.” Plus, there’s an added benefit for the people invovled: “It makes our job more interesting.” 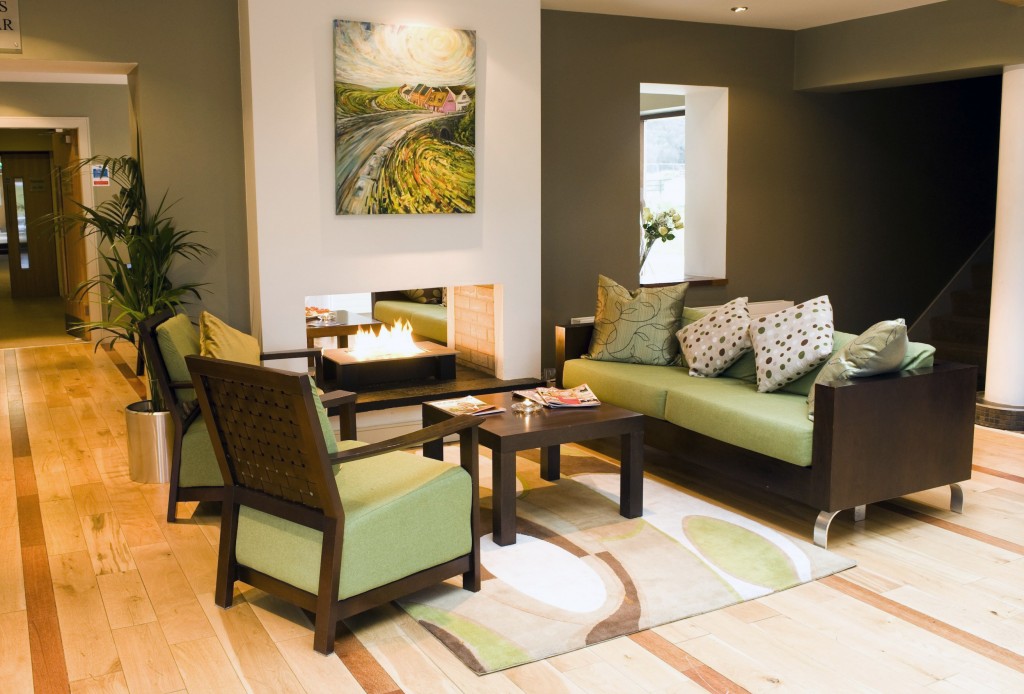 Of course, not all of the ideas work. Some stick, some don’t.

This year, for example, as part of the Burren food Trail, the hotel is planning to re-construct a Fulacht Fia out on the lawn. Who knows if the weather will co-operate? Who knows if they’ll pull it off?

But you know what? It doesn’t matter. Doolin got thrashed by the recent winter storms. It’s a three-hour drive from Dublin. You could practically fit it in an ice-cream tub.

But with ideas like this at its heart, its future looks bright.

Its philosophy has helped the hotel’s bottom line, too. Pushing the village from the ground up – from the music in the pubs to the smoked salmon on the plates, from the water in the bedrooms to the beer in the taps – has paid considerable dividends in terms of revenue, employment and bed nights.

“We were a run of the mill hotel, a Celtic Tiger build, destined for mediocrity, struggling for an identity, struggling financially,” Minihane says. “We didn’t really fit in Doolin. Staff weren’t confident in what they were doing. Now everything we do goes back to the mission statement – from the innovative wedding packages to the food we grow in our gardens and our resident ducks and hens.”

In 2011, it hosted four weddings. This year, there’s a booking every weekend until mid-November.

“But most of all we are enjoying ourselves. We love Doolin.”