I’m barely out the door of Gar Station when Istanbul hits me like a hot chilli.

Turkey’s biggest city doesn’t do gentle introductions – this much I know. But I’d forgotten just how dizzying its teeming mash-up of sights, sounds, tastes and smells can be.

The heat beats down. Stacks of yellow taxis crawl along the Bosphorus. Two men chat over a pair of rabbits – throw them a few lira, and they’ll budge the bunnies into picking out a colourful little strip of paper telling your fortune. A few streets away, Muslims wash their hands outside the Yeni Cami (New Mosque) beside the pumping spice bazaar.

Istanbul is on a roll. James Bond chased villains across its rooftops in the opening sequence to Skyfall. Liam Neeson chased villains through its back streets in Taken 2. It won ‘Best Destination’ at a recent Food & Travel Magazine Reader Awards.

Despite all this, it’s as hard as ever to get to the bottom of the melting pot.

Straddling two continents, caught between traditional and Western culture, churning with arrivals and departures, Istanbul “is a place where, for the past 150 years, no one has been able to feel completely at home,” as Nobel Prize-winner Orhan Pamuk writes.

I’m just a visitor, so that suits me just fine. 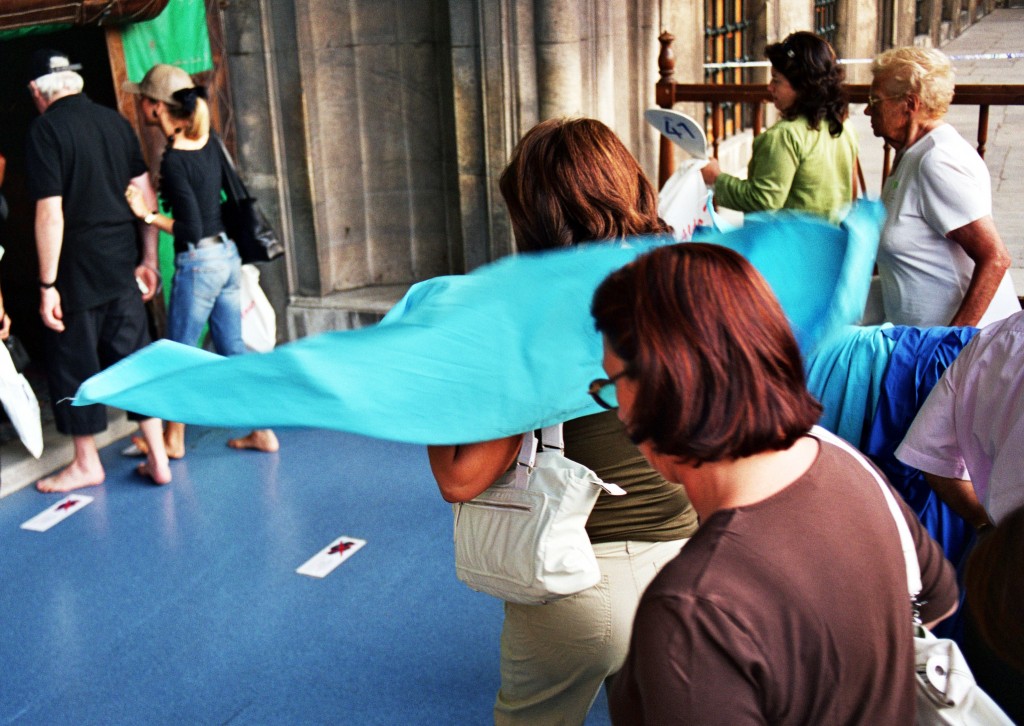 If you’re a first-timer, stick Istanbul’s mind-blowing mosques at the top of your list.

The Aya Sofya is the mother lode – built as an Eastern Orthodox Church in 537AD, and converted to a mosque after the conquest of Constantinople in 1453. Its awesome central dome appears to float over your head, just as ancient mosaics, preening pigeons, Christian icons and Islamic calligraphy slowly reveal themselves in the musty light.

The Süleymaniye Mosque is another jaw-dropper. Set on a height overlooking the Sea of Marmara, visitors here remove their shoes in the courtyard, popping them into plastic bags before entering the oasis of calm inside. The sheer size of its cool and prayerful interiors, with locals praying amidst granite columns and geometric patterns, is sensational.

Fast-forwarding a couple of centuries, Cukurcuma’s antiques district is looking decidedly funky of late, with a new arrival coming in the shape of Pamuk’s Museum of Innocence.

Based on his book of the same name, the museum opened a year ago, and houses a cultural collection depicting the everyday life of Istanbul in the later half of the 20th century. Kitchenware, cigarette lighters, spools of thread and countless other objects represent what the fictional characters used, wore, heard and saw. 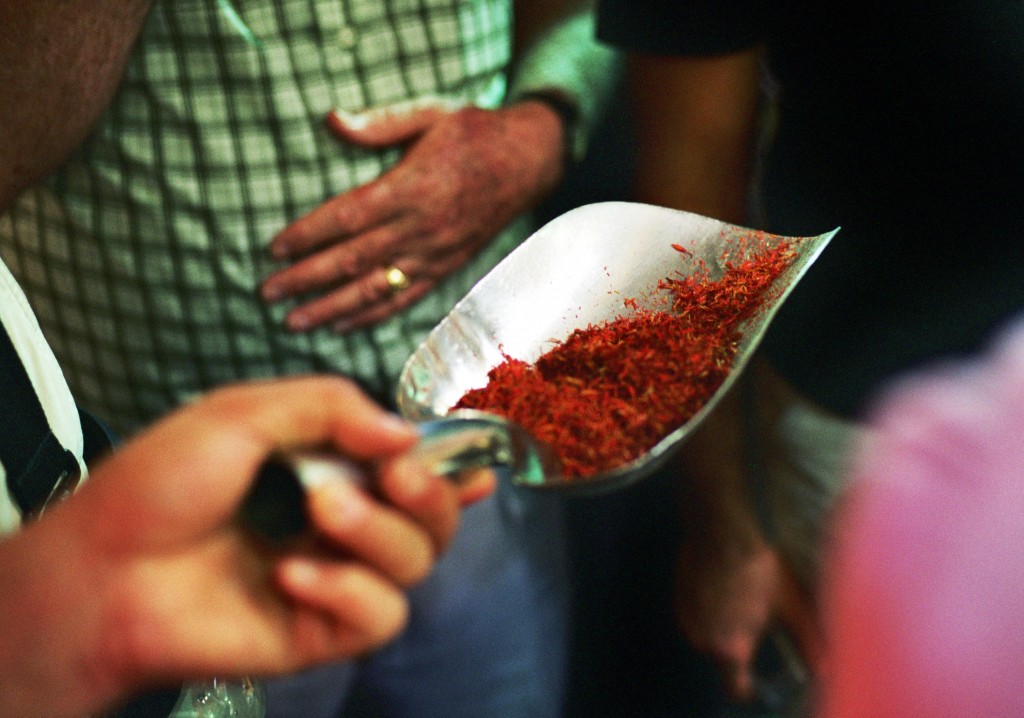 Istanbul straddles Europe and Asia, so get ready for a tantalising taste of both.

I started with the spice bazaar, a web of laneways around the New Mosque. Early birds get the worms here, with thinner crowds and cooler temperatures making it easier to pick your way through the kaleidoscopic piles of spices, teas, nuts, figs, and dried fruits. Don’t miss the chance to take a traditional shot of tea in a tulip-shaped glass…

If you’d prefer a guided tour, Unison Turkey is a Turkish-based company specialising in experiential travel, and it has several culinary offerings enabling visitors to make like locals.

‘Breakfast in Europe, Lunch in Asia’ begins with a tasting trail around the backstreets of Istanbul, before crossing the River Bosphorus to chow down at a restaurant offering up to 40 meze (starter) specials every day. Going to press, it was priced from €99pp.

Views of the Golden Horn don’t come cheap, but one way to snap up a sunset (along with some fusion cuisine) is to book a table at Ca’d’Oro (istanbuldoors.com). Set above a new art gallery in a former Ottoman bank building in Karaköy, it’s a plum spot for a sundowner.

Any savings made at the spice bazaar will be cancelled out here, although I can think of worse ways to blow a budget than quaffing cocktails and munching twisty takes on grilled artichoke, caramelised pumpkin in kataifi pastry, or zingy pide bread against the backdrop of floor-to-ceiling views over the old city… 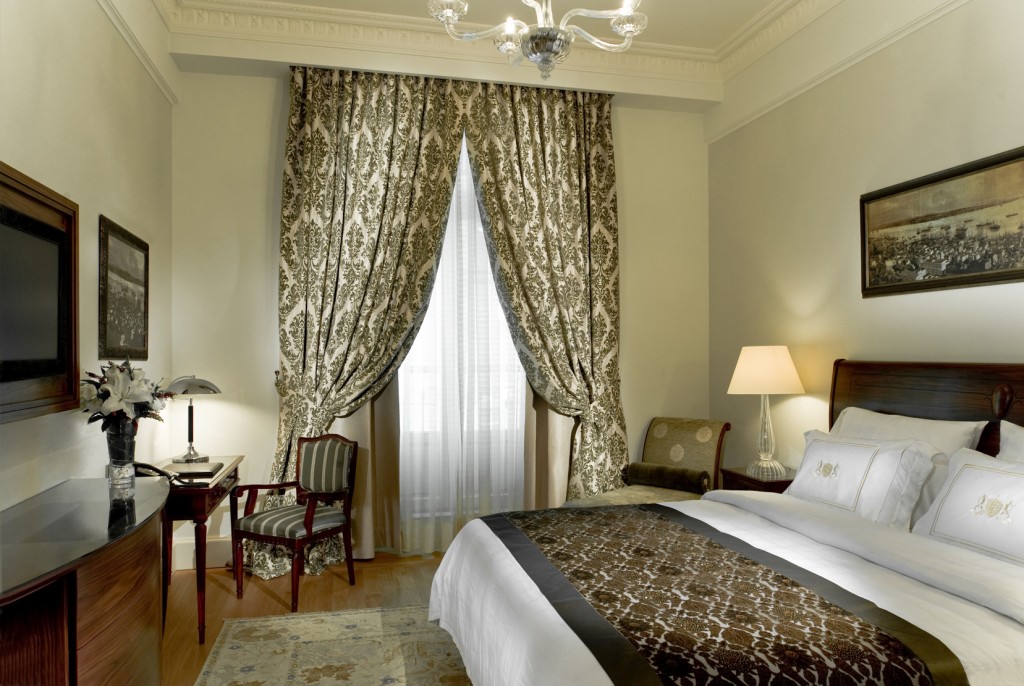 If you’re a fan of Agatha Christie, or Murder on the Orient Express, don’t can’t pass up the opportunity to stay at the Pera Palace. Christie stayed in Room 401 whilst writing her classic mystery – other guests have included Greta Garbo, Ernest Hemmingway and Clement Ataturk (Room 101 houses a museum dedicated to the founder of modern Turkey).

Going to press, hotels.com had midweek rates in May from €246 – but if you’d rather not pay the five-star prices, a quick snack at the hotel’s patisserie is another option.

Visiting a hamam is a touristic rite of passage in Istanbul. Whilst the idea is simple, however – you show up, strip down, steam yourself on heated marble, and proceed for a good old-fashioned scrub down – the etiquette is anything but.

As with Japanese onsen, that’s half the fun. As regards the basics, men and women are generally separated, and it’s up to you how naked you want to get. Remember to tip the attendant, and bring any special soaps if you have skin sensitivities. From there, you can order anything from a gentle rub with a mitten to an abrasive assault that comes on like a tornado in a sandpaper factory, but leaves you clean as a mountain stream.

The 18th century Cagaloglu Hamami is the most ornate and famous of Istanbul’s baths, and you can expect to pay about TRY45/€20 for self-service, or TRY70/€29 for a traditional-style steam, scrub and bubble wash. But there are lots of others to choose from – including at the Süleymaniye Mosque.

The Princes’ Islands (Adalar as they are known) are around 45 minutes by fast ferry from Istanbul, but a world away in terms of pace and ambience.

There’s no traffic, so people get about on bikes and horse-drawn carriages. Woodland walks, island-hopping, swimming and sunbathing are all options here, with sights ranging from hilltop monasteries to chic beach clubs. It’s possible to stay overnight too. See istanbulislands.com for more.

It’s never been cheaper to fly direct from Ireland to Istanbul.

Turkish Airlines, riding a wave of publicity after splashing out on an ad starring Lionel Messi and Kobe Bryant, has a special return fare from Dublin of €192pp valid until March 2014.

Packages are easy to come by too. Barter Travel (travelnet.ie) in Cork has flights with 3 nights at 4-star golden Park hotel from €349pp, based on December 6th departures from Dublin.

Finally, there is the option of an escorted tour. Travel Department has a 4-night guided tour including flights, hotel and the sights from €479pp.