“Ask not what you can do for your country. Ask what’s for lunch.”

Orson Welles’ words of wisdom sit above the pizza oven. Nearby, a similar nugget from Pavarotti is splashed across red brick-effect wallpaper: “One of the very nicest things about life is the way we must regularly stop whatever we are doing and devote our attention to eating.”

Judging by the long line of customers queuing up for lunch at Kelly’s Café on a recent Wednesday afternoon, locals are taking both at their word.

Kelly’s is a relatively new addition to Wexford – a big, open-plan, Avoca-style café appended to the Meadows & Byrne store in Drinagh. It ‘s been on the foodie radar for some time, mind you – as to my knowledge it also represents the first time Bill Kelly and family have brought their impeccable food and hospitality brand beyond the gates of Kelly’s Resort Hotel, down the road in Rosslare.

Breakfast is served from 9.30am, ranging from spelt pancakes with winter berries or maple syrup (€6) to a fancy fry-up of O’Neill’s bacon, sausage, egg and roast tomato (€6.50). Hot foods start at noon, and there’s a daylong selection of sandwiches, wraps, deserts and pastries.

We arrive shortly after 1pm, taking our place in the line. Pulling out a tray, we make our way past the blackboard menu, struggling to decide between the stone-fired pizzas (toppings include smoked duck, brie and jalapeno peppers), and a homely selection of quiches, pies and crumbles.

In the end, I go for a fish pie stuffed with Duncannon smoked haddock, potatoes and herb gratin (€11.50, below). It’s excellent for pre-cooked fare – with a lovely crack to the topping, and a filling creamy with leeks, but offering a bit of crunch with its herbs and hazelnuts too. It’s also the perfect temperature (all too often these standalone pots are far too hot, or lukewarm). 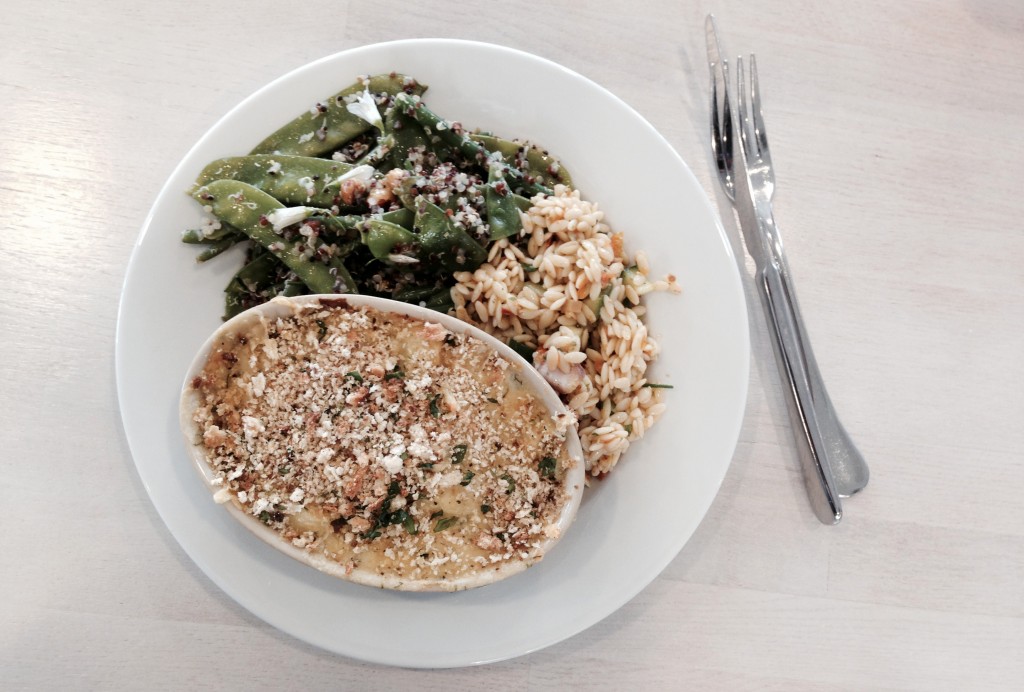 The pie comes with a selection of salads – I shoot for orzo with rocket pesto and a scoop of green beans with quinoa and hazelnuts, but I could equally have chosen couscous with mixed vegetables, broccoli with feta and tomatoes, or carrot with sesame seeds. All sit temptingly in pottery bowls.

A Margherita pizza is tasty, with spot-on seasoning and toppings of milky mozzarella and plush tomato sauce, although we did find its base quite dense. A little pail of rosemary and sea-salt fries was conspicuously small for the €3.95 price tag, however – and what’s more, the rosemary was missing. A replacement was delivered with apologies, though.

I like the effort made with the space. A business park on the Drinagh roundabout isn’t the sexiest of locations for a café, but Kelly’s does its best to bring warmth to an open-plan space with buckets of herbs, vintage stools, blue lampshades, pods of leather armchairs, a designer fussball table and a canny eye for local and artisan produce on the menu and deli shelves. 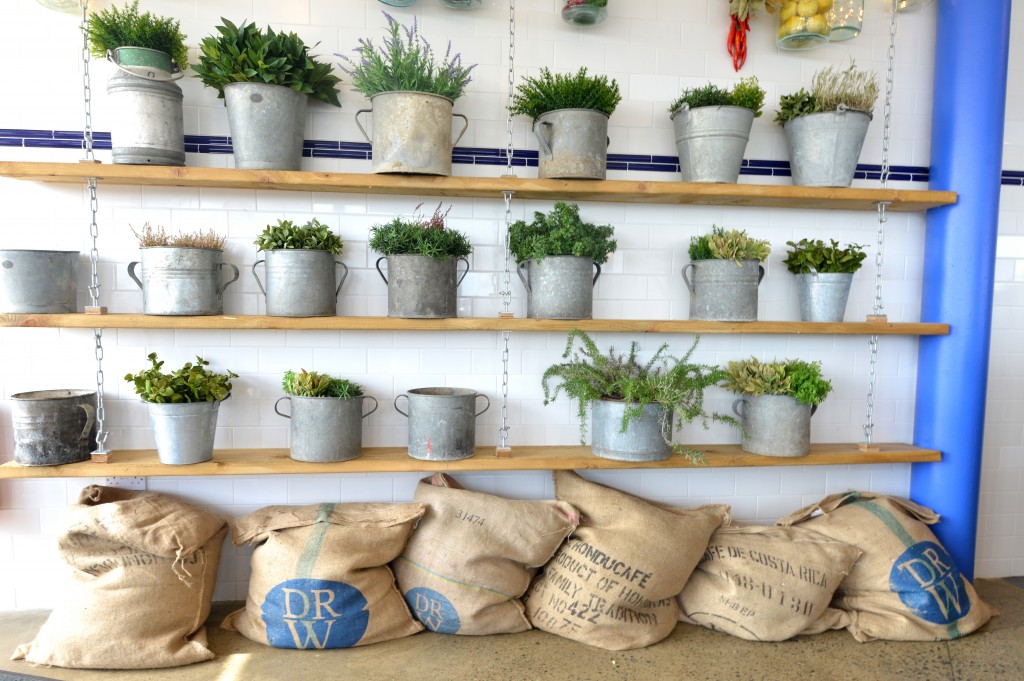 Frustratingly, it doesn’t quite hold together when business picks up.

“I want earplugs,” says my eight-year-old, as the lunchtime rush bubbles over. Customer chatter, clattering cutlery and squeaking chairs all seem amplified by the open space and terrazzo concrete floor… and nobody looks relaxed.

Things settle down again, however, when the crowd thins out. Suddenly, it’s 2.30pm and it feels like we’ve been transported to a pretty urban space flooded with natural light. That’s why I’d recommend mid-morning or afternoon for a visit – it’s just the ticket for a lemon coconut macaroon, a hunk of chocolate biscuit cake, or a glass of wine… which as you’d expect from Kelly’s, is carefully sourced.

Speaking to Bill Kelly afterwards in the hotel (the crab claws at Beaches restaurant were sensational, by the way), I got the sense of a café that was evolving – figuring out its niche in the space between fancy canteen and cosmopolitan café, between pre-cooked dishes and pizzas cooked to order, between artisan fare, attention to detail and tray service.

I’ve no doubt they’ll get there. Kelly’s always do.