It’s far from burritos, taquitos and chipotles that the Irish palate was reared.

Thanks to our ongoing renaissance in the production, cooking and service of food, however, such ingredients seem less exotic by the day. In Dublin, particularly, a mix of traditional eateries (Acapulco), burrito bars (Boojum, the Little Ass Burrito Bar), quirky cafes (Cafe Azteca, K Chido Mexico) and hipster hotshots (777) has come in under the radar to create a bona fide Mexican food scene.

It’s a work in progress, of course. But the nuggets are finally starting to outweigh the soggy nachos. Picking my way through a long list of recommendations for this review, I got the sense of an increasingly authentic snapshot of one of the world’s most delicious and surprising cuisines.

The best burrito? That question divides Dubliners, but for me it was the Cali Carnitas (€6.50) – a torpedo of slow-cooked pork tucked up with a fistful of long-grain rice, black beans, grated cheese and smoked chipotle salsa at Pablo Picante on Clarendon Market (“al lado to El Grafton Street,” as it’s described). 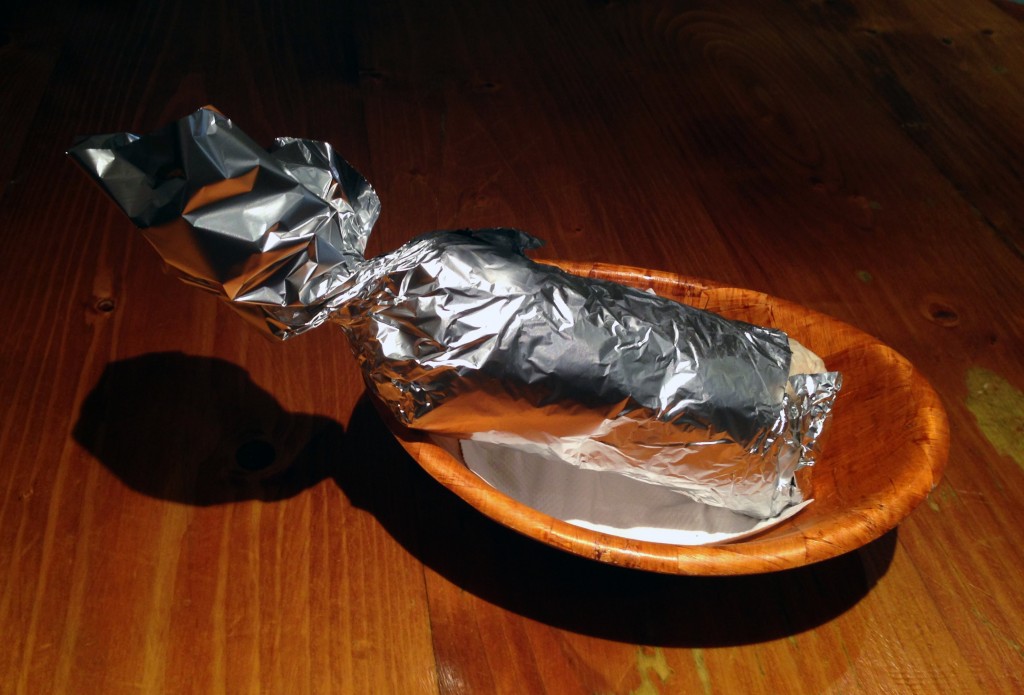 Pablo’s sunburst colour scheme put me in a chirpy mood even before I got to its short, sweet menu of burritos, nachos and quesadillas. The burrito (above) pulled no punches. Wrapped in foil and served in a naff wooden basket, its toothsome tortilla gave way to moist meat and a sauce that put just the right tingle in the lips. It was obscenely big, heavy as a pint of porter, but whopping great value.

Mexican iconography and pop culture lend themselves to funky design, and I liked Pablo Picante’s masked Lucha libre wrestler and the collection of hot sauces lovingly displayed on a rack. This remains a casual space, however. For the best combination of Mexican food and atmosphere in Dublin, one restaurant stands head and shoulders above the others: 777.

Passing through the plain black shopfront of John Farrell’s South Great George’s Street joint, it feels like you’ve walked into a living margarita.

A small room stirs moods of elegant decay (tall, distressed ceilings), iconic Mexico (scatterings of skulls, dripping candelabras) and urban grit (raunchy tile murals of low rider cars and a tattooed couple making out). It’s a dirty diamond, one of the most scintillating 30-something social spaces in the city. 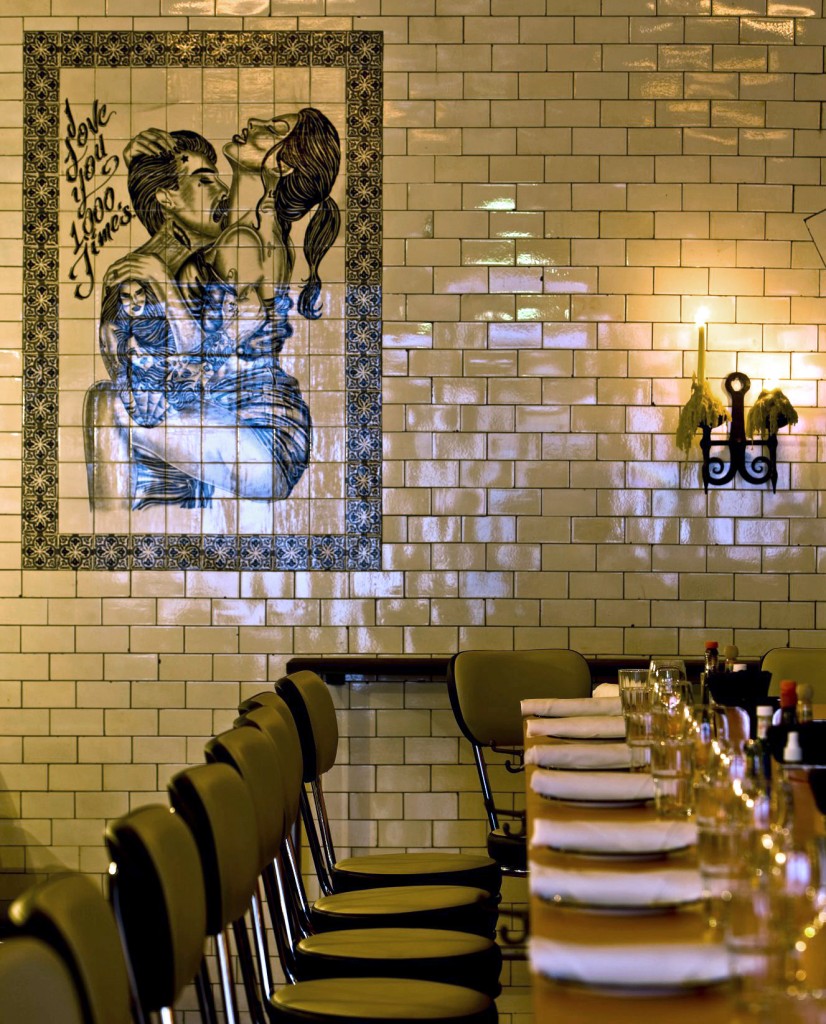 777’s menu can be approached in several ways – from small dishes like a smoked salmon ceviche (€14) or oyster shots with tequila and jalapeno (€3.20 a pop) to several courses served “family-style” at €38.50pp. You can sit in open booths or at the cocktail bar, fill your belly or natter over a few nibbles.

Mains on the a la carte range from a black bean cazuela at €18 to an Asada de Carne – an oak-grilled hangar steak with papas rajas, roasted garlic, manchego cheese and chimichurri – for €29. Both come from a wood-burning grill, with sides including guacamole (€3) and Mexican-style streetcorn (€6).

Over several visits, I’ve come back to the yellowfin tuna tostado (€11), which sets the cool and velvety sashimi off against pickled cucumber and chipotle mayo (€11), and a red-hot taquito of house-blend chorizo, cheese, crème and cilantro onion. It’s got a kick like a mule.

777 isn’t for everyone. One man’s shabby-chic is another man’s shabbiness (customers walk through the kitchen to get to the loos), bookings are only taken for parties of six or more, service can be sloppy and – whilst the food is a lot more complex than Dublin’s burrito bars – its prices are higher too.

A Margarita Especial will set you back €12, for example. 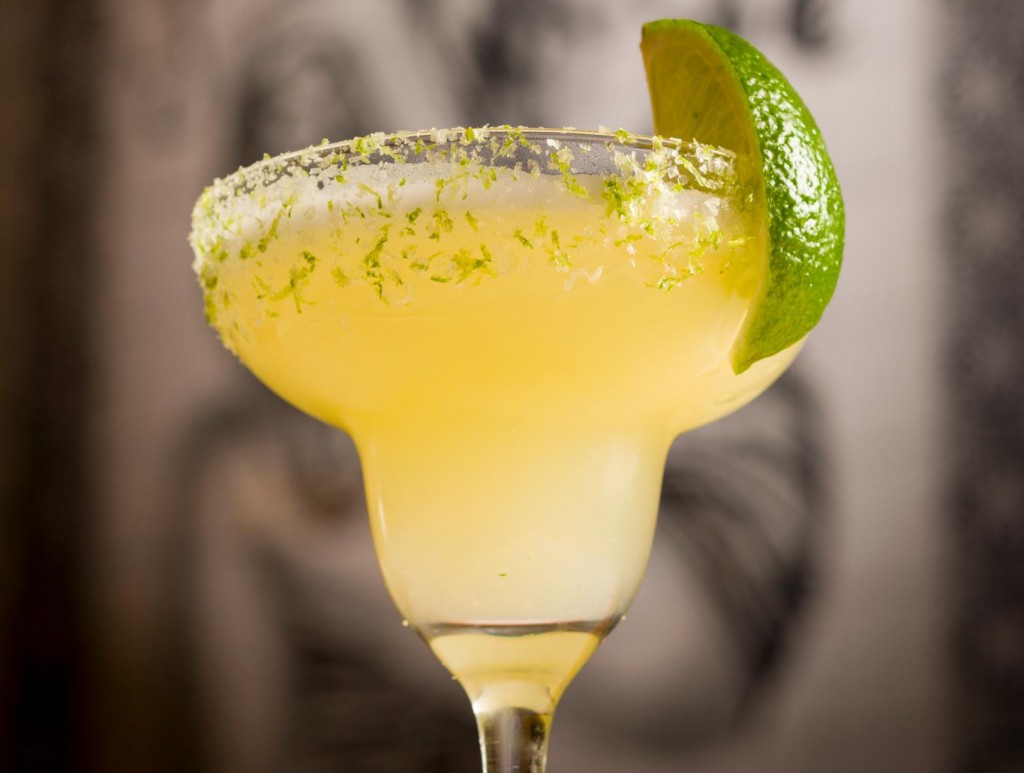 Predictably, perhaps, reviews have been mixed. Some critics have found a whiff of the Celtic Tiger about it, and certainly, you wouldn’t bat an eyelid at a joint like 777 in New York.

But here’s the thing. This isn’t New York. This is Dublin.

I reckon John Farrell (the restaurateur behind Ranelagh’s Butcher Grill and the new Super Miss Sue) brings just the right mix of gritty sparkle, killer cocktails and mildly adventurous cooking for this patch, at this moment in time. He reminds me of a characteristic Nicholas Lander, restaurant critic with The Financial Times, observes in his book, The Art of the Restaurateur (Phaidon).

In a chapter on Danny Meyer, Lander describes the legendary New York restaurateur’s “intuitive sense for judging just what, how and when New Yorkers like to eat.”

Across the street, Acapulco offers a more traditional buzz. But two years after it opened, 777 still feels like an edgy space where anything could happen.

There are ways around the prices, too. Taco Tuesdays offer two taquitos from €4, and ‘Seventh Day Sunday’ sets all dishes at €7.77 – a bargain for any palate.