Michael Jackson graced some of the finest homes and hotels on earth.

Think of his 3,000-acre Neverland ranch, the Holmby Hills mansion rented for a reported $100,000 a month, or five-star palaces like Berlin’s Adlon Hotel, where the star was papped baby-dangling in 2002.

But who would have thought the King of Pop would fall for the wilds of Westmeath?

Several miles outside the village of Rosemount, this 40-something Renaissance man has built one of the finest (and most surreal) luxury retreats in Europe. It includes a world-class residential recording studio, a striking Victorian country house and a newly restored Georgian farmhouse.

His motto? If you build it, they will come.

And come they have. REM, the Manic Street Preachers and Muse are amongst the bands to have recorded at Grouse Lodge. None can hold a candle to Jackson, however, whose assistant sounded out the studio on behalf of “an A-list client” in 2005.

Dunning only discovered who the client was when the King of Pop and his kids stepped off a bus in his driveway the following spring.

“We didn’t tell anyone,” he deadpans. “We’re used to doing it. I know he’s the biggest pop star in the world, but we weren’t smitten with that. Also, we live here. If we’d told anyone, the family would have been a mess.”

Beautiful and secluded, imposing and private, you can see how the place appealed to a supernova-class celebrity like Jackson.

It’s also where I’m staying the night. And I only have to step in the door to start feeling like a country squire – a conservatory full of Wellies, golf clubs, badminton racquets, walking sticks and fresh white roses leads through to a vaulted lobby in which a staircase echoes the curve of a grand piano. 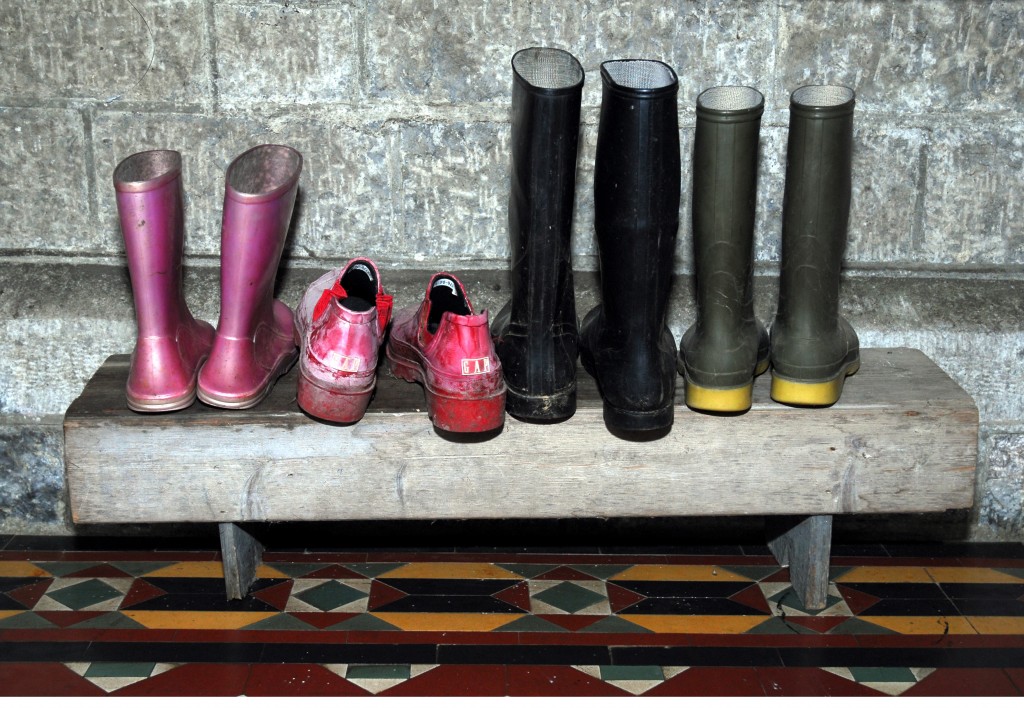 Dunning bought Coolatore from the widow of John Scanlon (a hard-boiled American publicist whose clients included Ivana Trump and Monica Lewinski), moving in with Claire and their daughters Kate Ruby, 11, and Lizzie, 12, for a time before reassigning the house as overflow accommodation for artists recording at Grouse Lodge.

Occupying pride of place in the large, country kitchen is a framed page of the guestbook signed by the King of Pop. 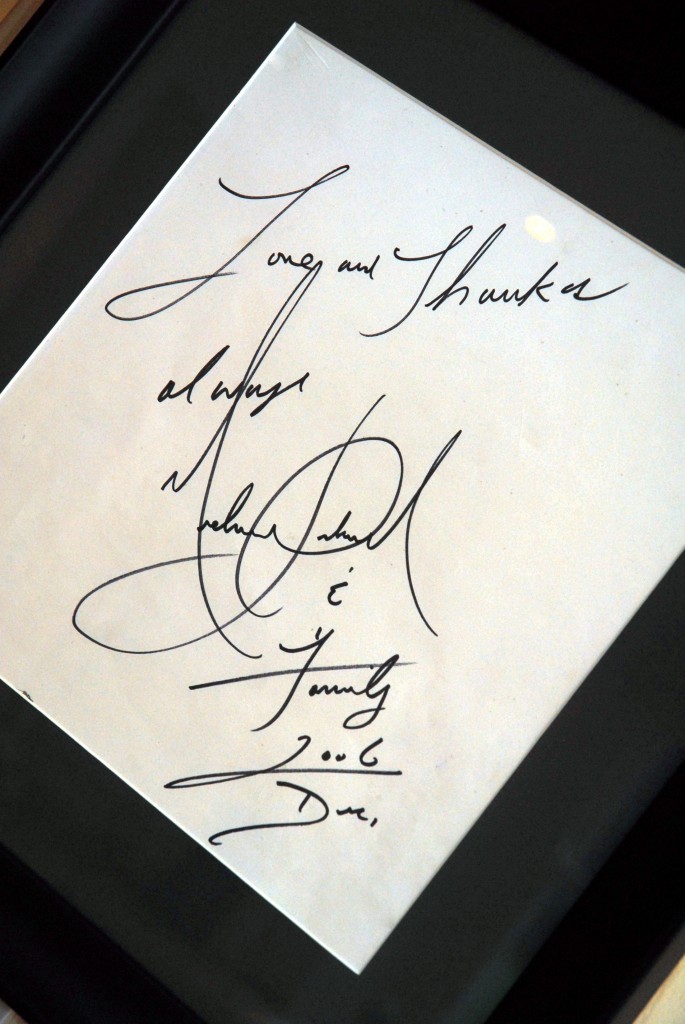 The notion of Jackson going to ground in Westmeath still seems weird.

Ronan Casey, General Manager at Grouse Lodge, chuckles at the “Father Ted-ish” memories from the time.

He recalls locals giving journalists misleading directions, regional papers inquiring about sightings of Jackson in Moate, even a farmer who confronted a paparazzo hiding up a tree outside Coolatore. If he didn’t vamoose, the farmer threatened, he’d be sprayed with slurry.

Jackson worked with producers Will I Am and Rodney Jenkins at Grouse Lodge, though Claire has fond memories of Big Chuck, an entourage member whose bling included a crushed Heineken can covered in diamonds. Big Chuck was nearly seven foot tall, she says, but afraid of cows.

The one memory everybody shares is that of Jackson beginning to relax.

The star arrived in a bad way – not long after his acquittal on charges of child molestation in 2005 – but the freedom afforded him in the Irish countryside seems to have worked wonders. He went for walks, took photographs, ate Claire’s home-cooking, enjoyed what Casey calls “the Westmeath way”. He read local folklore, was on first-name terms with the cleaner, and began to sing again.

He also got quality time with his kids. A school was set up for Paris, Prince Michael Junior and Blanket in one of the converted stables at Grouse Lodge, and they played in the gardens, fields and rolling hills around Coolatore.

In one of the rooms, I spot several planets they painted onto a slant in the ceiling just over the bed – they remain as bold and colourful as ever today. 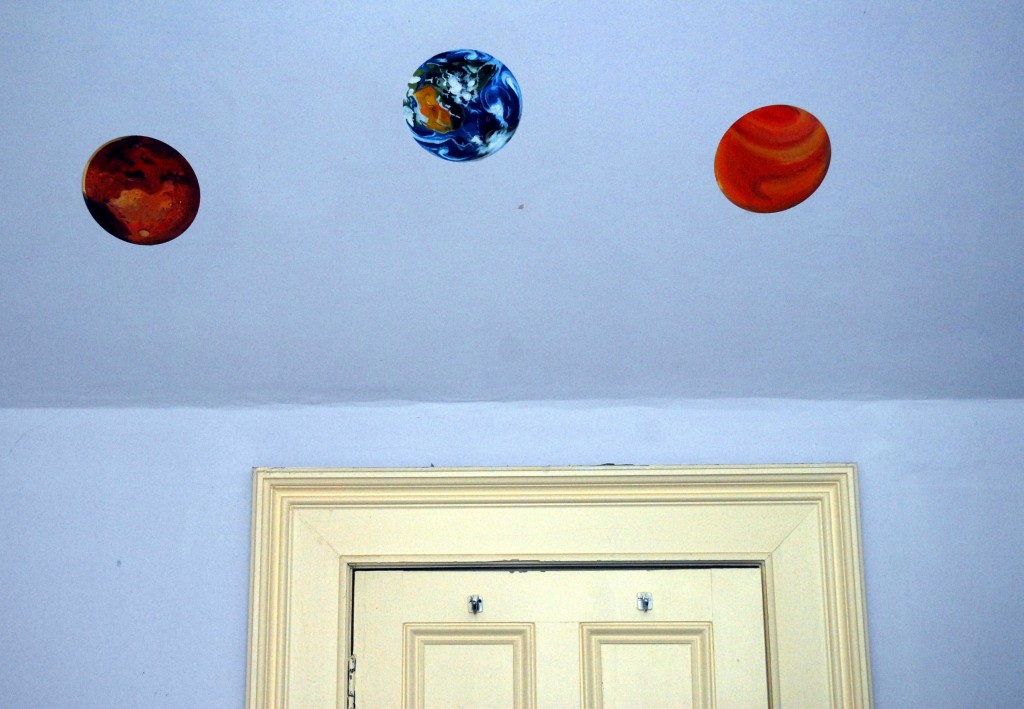 “Most things end sadly,” Dunning muses. “But at least he had spent that time in Westmeath with his kids, which I think will stand to them.”

He is defensive of Jackson, having witnessed the awesome pressure that comes with such fame. He talks of death threats, a $1 million “bounty” for pictures of the kids, the sense that any photo or phone call could end up online in seconds.

“If you were sitting here with Michael Jackson, you would be the odd one,” he explains. “Because you wouldn’t feel comfortable.”

But Dunning also remembers Jackson’s sense of humour (when the pair were stopped at traffic lights, he says, the pop star would make mischief by rolling down the window and waving to drivers alongside).

“He was starting to relax. If he hadn’t left, he wouldn’t have died.”

When I finally do retire for the evening, I can’t quite believe I’m sleeping in the King of Pop’s four-poster. The rock-hard mattress Jackson favoured has thankfully been replaced, but other than that, the room remains as was. There are sash windows, a large mahogany wardrobe, an en-suite bathroom with a cast-iron tub.

Blanket, I’m told, slept on a camper bed in the corner.

Despite the ghost stories too, I sleep soundly (in his autobiography, Spalding Gray, who stayed at Coolatore as a guest of the previous owners and suffered an horrific car accident nearby, likens the house and its “Harry Potter woods” to the hotel in The Shining). The fires are replenished daily, keeping winter away, and a glass of red in the library is just the job. 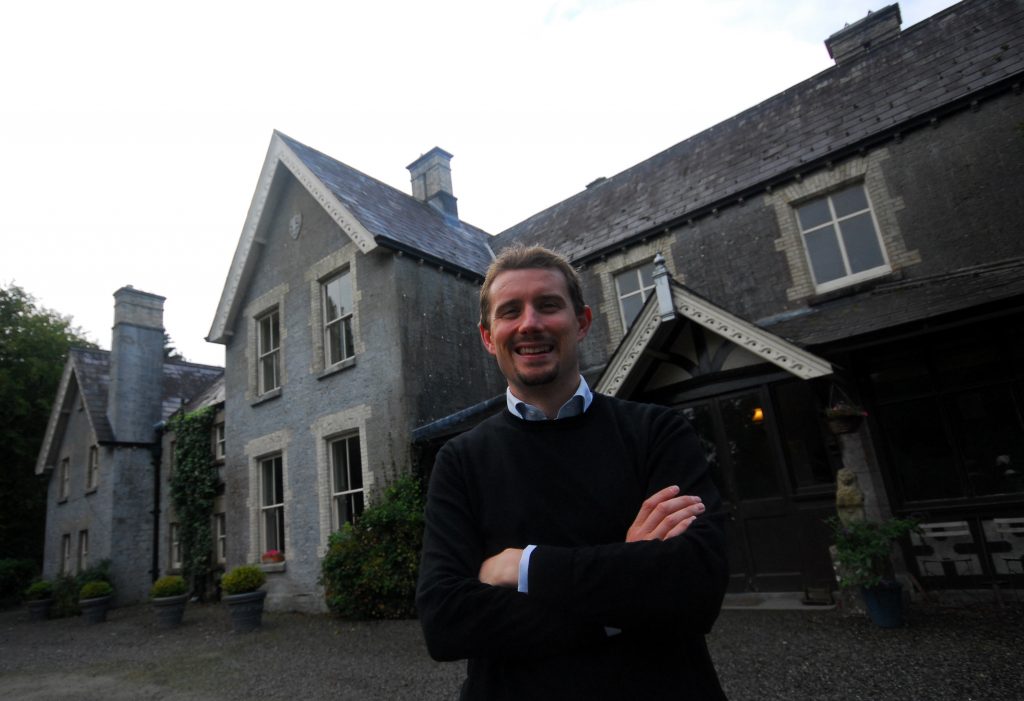 The next morning, I explore.

The house itself is furnished eclectically. There’s a suit of armour in the sitting room, a huge old Heritage range in the kitchen and, in the library, an olive-green Chesterfield is flanked by two button-pinched leather armchairs.

Guests are free to use the spring-fed pool and Jacuzzi in Grouse Lodge (“It’s like swimming in Ballygowan,” Casey says), and the manicured gardens step down into a rambling, 15-acre arboretum.

The big surprise, however, lies beneath the house.

Stepping through a low door under the stairs, I descend through an old phone booth to find a fully functional pub in the basement. No kidding – three rooms radiate around a bar with Guinness and Carlsberg on draught, bare stone walls and a karaoke set-up. I can only imagine the parties that have been held here.

Downsides? Coolatore is spotting with several patches of damp, some of the old furniture is fraying and its cream-coloured carpeting is noticeably stained in patches (despite notices requesting guests to take their shoes off when going upstairs).

The showers are below par too. Depending on the guest, I guess, these may be seen as annoyances or quirky signs of character.

But what star power! Michael Stipe has stayed at Coolatore, one of the bedrooms is named for Seamus Heaney, and Grouse Lodge has hosted everyone from Snow Patrol to Dame Shirley Bassey, Block Party to Paolo Nutini.

Dunning tells a story of Muse sitting out on the balcony, peering into the country blackness with night-vision goggles. It’s like a rock n’ roll version of St. Cleran’s, the Galway manor where John Huston entertained Hollywood royalty in the 1950s and 60s.

Dunning has quite a story himself, too. After working as a bin boy for his uncle in Walkinstown, he has gone on to own several recording studios in Dublin, the Button Factory in Temple Bar and the Wax Museum Plus.

He built Grouse Lodge studios in 2002, and just five years later, found himself sitting there one evening, jamming along to Billie Jean with the King of Pop.

In his office, there’s a supersized print of David La Chapelle’s photograph casting Jackson as the archangel defeating Satan. The star eventually left Westmeath to attend James Brown’s funeral, and there was talk of him using Ireland as a base during his planned run of 50 concerts at London’s O2 last year.

He planned to, however, and that’s the final twist in this crazy tale. As well as Coolatore, the Dunnings have restored a nearby Georgian farmhouse, Bishopstown House, as a luxury self-catering getaway.

The six-bedroom house was bought in trust for Jackson, Dunning says, who had asked the couple to seek out a suitable Irish residence for him. 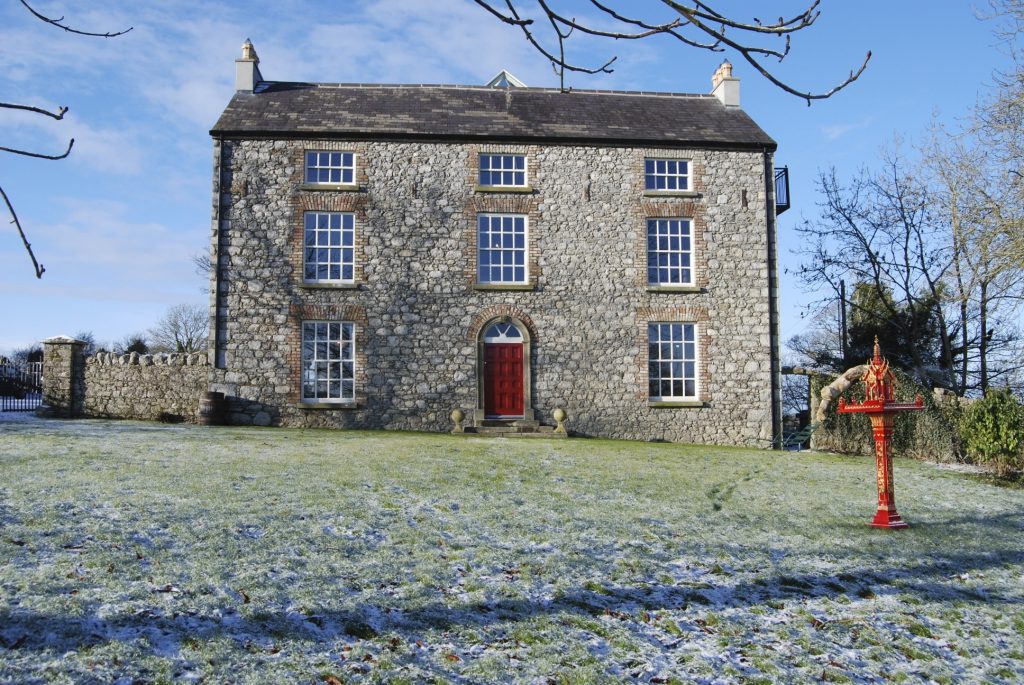 “We brought him to places all over the country, and he saw what we were doing in Bishopstown and that became an option,” Paddy says.

“So we decided to develop it with him in mind. We knew what he was looking for – a place way in off the road, with outbuildings for guests, with writing rooms. He could bounce between the houses and the studio. It just fitted in.”

Taking a stroll around Bishopstown, I find an ambitious work-in-progress.

Before restoration began in the derelict estate, Casey says, trees were literally taking root in the stairwell. Today, workers are rejuvenating the stables, planning permission has been secured for a pool, and the old farmhouse has been extended – in sympathy with Jackson’s ideas – to incorporate marble bathrooms and a timber roof garden with 360-degree views of the countryside.

Whether you stay at Coolatore or Bishopstown, there’s plenty to see and do – ranging from the ancient Hill of Uisneach (where views stretch as far as the Wicklow Mountains) to Lough Ree and shopping in nearby Athlone.

Everything from massages to clay pigeon shooting can be arranged, and in true rock n’ roll style, you can also rent a helicopter for €500 a day.

I’m not surprised to hear, however, that most guests stay put, revelling in the manor houses.

And perhaps Dunning is right. Maybe Jackson would still be around if he did too.

Coolatore House (sleeping up to 17) and Bishopstown (sleeping 12) are available to rent midweek, and  at weekends. Catering can also be arranged.