So what’s on his itinerary? What will he see and do as he travels between Windsor, London, Stratford-upon-Avon and Coventry? And more importantly, perhaps, what is he missing?

President Higgins and his wife Sabina will stay at Windsor Castle as guests of HM Queen Elizabeth.

I arrived by bus. They’ll take a horse-drawn carriage into the castle quadrangle, where a ceremonial welcome is planned before the President inspects the Guard of Honour.

Windsor Castle (£18.50pp) is the oldest and largest occupied castle on earth. The Queen uses it as a private home – usually at weekends – and as a Royal residence to undertake certain formal duties. The castle was used as a refuge for the royal family during the bombing campaigns of the Second World War, and famously survived a fire in 1992. It’s a nice gaff. 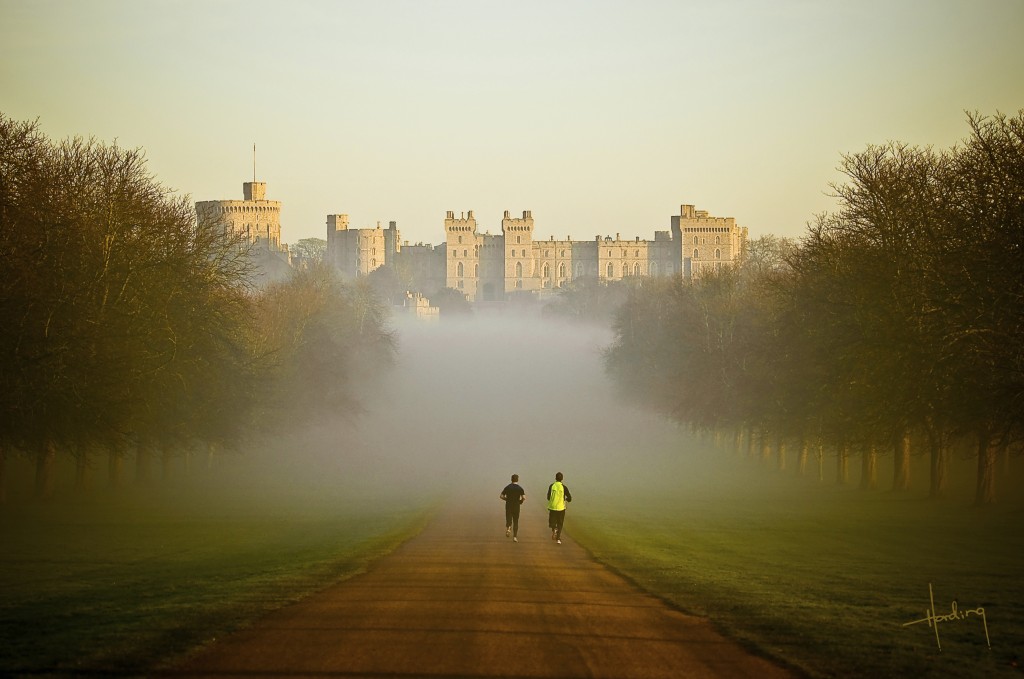 The State Apartments, where the President and Sabina will stay, are furnished with some of the finest works from the Royal Collection, including paintings by Rembrandt, Rubens and Gainsborough. These are open to the public – and visitors can also watch the Changing of the Guard inside the castle grounds. It usually takes place at 11am from Mondays to Saturdays (April-July).

Other attractions include Queen Mary’s Dolls’ House. It was built by Sir Edwin Lutyens in the 1920s and involved 1,500 craftsmen. The house has electric lighting, hot and cold running water, a library featuring the top writers of the day, and flushing lavatories!

Villages near Windsor include Bray, the setting for Heston Blumenthal’s famous restaurant, The Fat Duck (tasting menu from £195pp). Dishes on the three-Michelin-Star menu range from snail porridge to The Mad Hatter’s Tea party – with its pocket watch and toast sandwich.

Legoland Windsor (from £30.42/£26.91 online) is also nearby. It’s aimed at children aged 3-12, with 50+ rides (our favourite was Atlantis) and lots of amazing things built from Lego – from Darth Vader to the Canary Wharf Tower. There’s even a new Legoland Hotel, complete with brick pit in reception.

The President’s State Visit departs for London on Tuesday afternoon (April 8th), where he will be received at Westminster Abbey (£15; Mon-Sat) by its Dean, the very Reverend Dr John Hall.

The abbey offers various Gothic styles dating from the 13th to 16th centuries, and has been the setting for every Coronation since 1066. Numerous kings and queens are buried here (it “serves up the country’s history cold on slabs of stone,” as Lonely Planet puts it) although curiously, Westminster is neither a cathedral nor a church but a ‘Royal Peculiar’, subject to the Sovereign and not to any bishop.

On a tour of the Abbey, the President will lay a wreathe at the grave of the Unknown Warrior. A soldier was buried “among the kings” here in 1920 in French soul, “because he had done good toward God and toward his house,” as the inscription puts it.

A published poet himself, President Higgins will undoubtedly be interested in paying a visit to Poet’s Corner – where Chaucer, Dickens, Hardy and Kipling (among others) are buried. It was here that Seamus Heaney unveiled a memorial to Ted Hughes in 2011.

In London, the President will also speak at the Houses of Parliament (guided tours on Saturdays; £25pp), and pop into Downing Street (closed to the public), City Hall and the Royal Society, which holds science lectures, exhibitions and events that are open to visitors.

Current exhibitions include Life Beyond Measure: A Short History of Longevity (March 12 – June 26; free), which looks at how scientists have sought to understand how long people live since the Black Death. 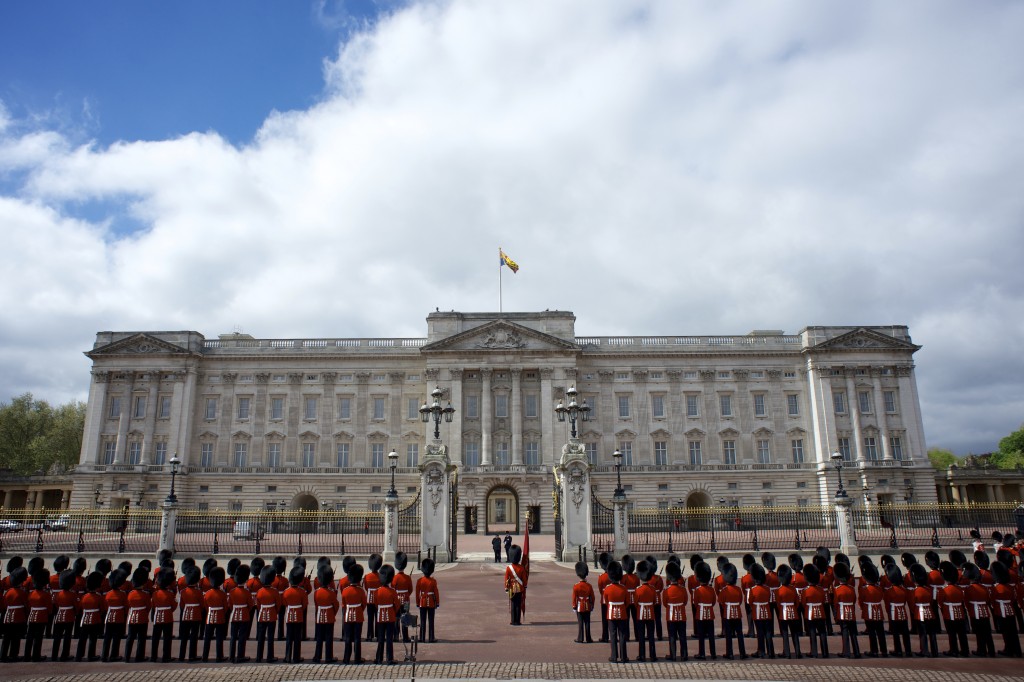 On Wednesday evening (April 9th), the President will receive a courtesy call by the Deputy Prime Minister, Mr Nick Clegg, MP, at Buckingham Palace. As one does!

The Palace is very much a working building. It open for limited periods during late summer (royalcollection.org.uk; from £19.75pp). Highlights include the State Rooms, as well as the Palace’s famous gardens and Changing of the Guard.

221B Baker Street is one of fiction’s most famous addresses, and also home to the Sherlock Holmes Museum (Sherlock-holmes.co.uk; £6). From a souvenir shop selling deerstalker caps and police whistles to creaking stairwells and studies kitted out with old bureaus and pipe racks, it’s a charming, off-radar visit. 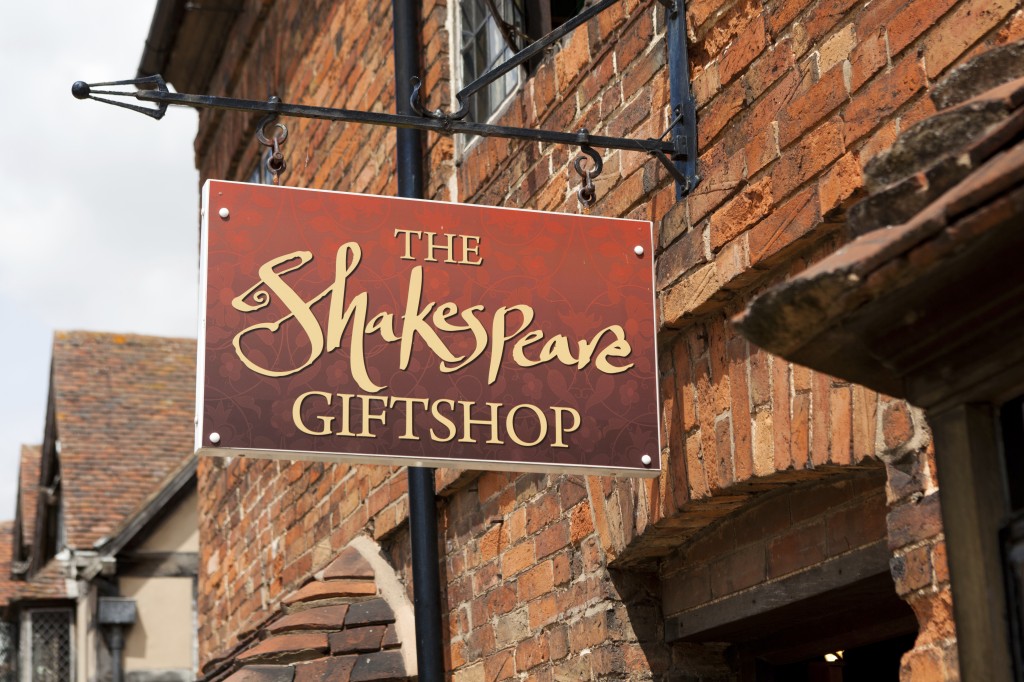 On Friday (April 11), the President and his wife take their leave on the Queen, and travel onwards to visit the Royal Shakespeare Company, Stratford-upon-Avon.

Shakespeare Country is about an hour and a half north of Windsor, in Warwickshire. There, the plan is to take a tour and watch a short performance before a short meet-and-greet and address.

Afterwards, they will visit Shakespeare’s Birthplace.

“He ate meals in the hall and he slept and dreamt in these rooms,” as the Birthplace website proclaims. The house has been welcoming visitors for over 250 years… including Dickens, Keats and Thomas Hardy. As well as the exhibition introducing Shakespeare, memorabilia includes his First Folio from 1623.

If you travel to Stratford-upon-Avon, try to do it midweek and off-season… this postcard-pretty market town is crammed with tourists. As well as Shakespeare’s Birthplace, other houses include Anne Hathaway’s Cottage and Mary Arden’s Farm (childhood home of his mother). A five-house pass costs £23.90.

Incidentally, April 25th is the 450th anniversary of Shakespeare’s birth. 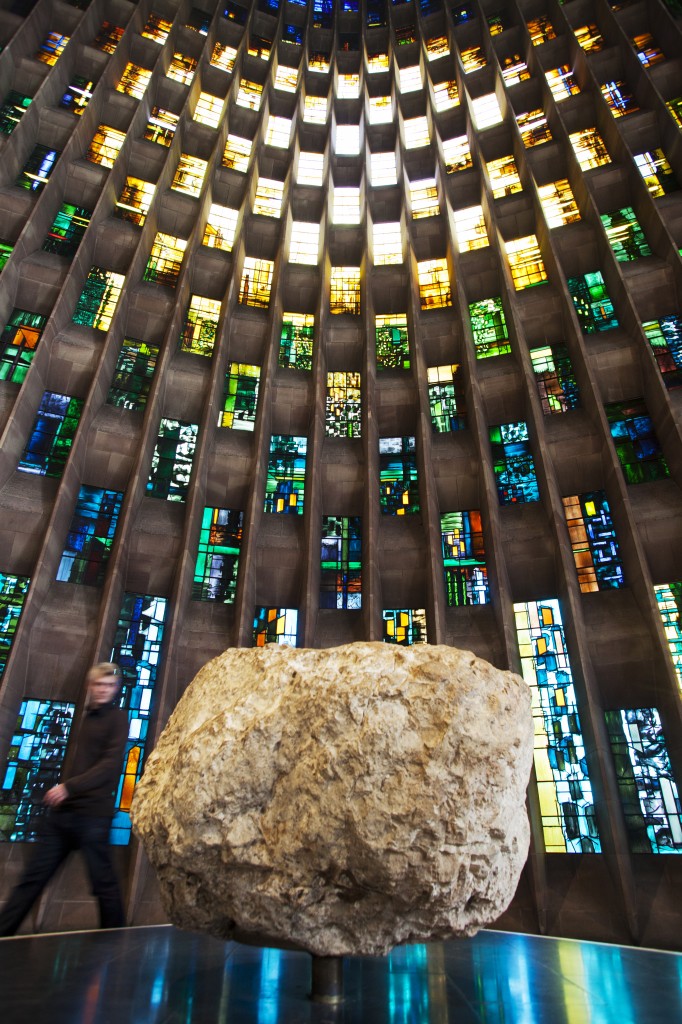 In the afternoon, the President and Sabina travel to Coventry. Coventry Cathedral (above, £8pp) was rebuilt after Nazi bombs destroyed its 14th century predecessor during the Blitz. The new cathedral stands alongside the ruins. It was designed by Sir Basil Spence, and is commonly held as a modernist masterpiece.

What the President’s missing…

If President Higgins is seeking a souvenir from Stratford-Upon-Avon, he could do worse than to take a peek inside the Creaky Cauldron on Henley Street. Attractions include Magic Alley and the Enchanted Manor Museum, which features displays on ‘wizardology’, Dr Thaddeus Bombay’s World Famous Wand Shoppe and an after-dark Victorian Imagiscarium, where the Dark Arts Theatre Company present Stratford’s Original Theatre of Fear… it’s all very Harry Potter.

Listen here to my podcast on the President’s Visit from RTE Radio One’s Today with Sean O’Rourke.

For more holiday ideas in England, see visitengland.com and visitlondon.com.