“Do you know how to make an omelette?”

Judging by the mischievous look on Sarah Baker’s face, this is a loaded question.

Sure I do, I tell the face of Cloughjordan House & Cookery School, going on to outline my method – from breaking of eggs to serving of end product. Omelettes are easy, right?

“Yes, but do you know how to make them fluffy?”

“I’ll show you,” she says, pulling on a pair of boots and heading into the garden.

With a wicker basket tucked under her arm, Baker leads me from pigs to vegetable patches, from garlic bulbs to a greenhouse laden with tomatoes and aubergines. She plucks eggs from the straw of a chicken coop. She pulls her own, dry-cured bacon from the fridge.

Returning to the kitchen, it looks like we’ve been to market.

“The key is having everything really ready to go,” she says. The bacon is fried, the tomatoes chopped, the eggs beaten. It all comes together in a blur: she works the mix with a wooden spatula, crafting little grooves and running the egg into the spaces. She turns it once, twice, and lifts the pan.

“The final turn is the turn onto the plate.”

Arriving at Cloughjordan the previous evening, the last place I expected to find myself was cooking omelettes in the cheery warmth of a country kitchen.

Pulling up the driveway, two Labradors bounded out to say hello. My tyres crunched satisfyingly over stone chips; red wisps of Virginia creeper trailed down the 400-year-old facade. It felt like a dower house for Downton Abbey, the kind of place where guests and owners stay separate.

It’s anything but. Within moments of arriving, I was eating beetroot chips with Sarah and her husband Peter. Behind the elegant exterior, there are some very easygoing folk. 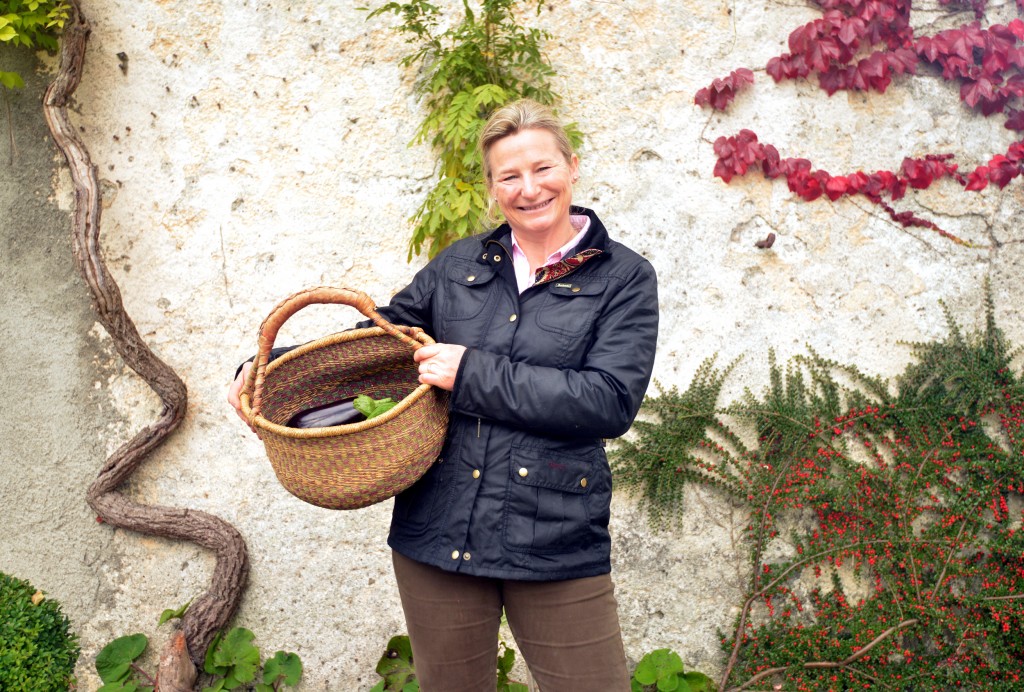 You may recognise it from supermarket shelves, where Baker and her business beam out from cartons of Glenisk milk, yoghurt and crème fraiche, inviting customers to enter a competition for a mini-break and cookery class. By all accounts, it’s a popular prize.

You don’t have to compete to stay, of course. Baker teaches all kinds of classes in the restored coach house beside her kitchen, catering for everybody from individuals to hen parties, corporate groups and Transition Year students. Right now, scheduled classes include Winter Comfort Food (Nov. 9th & 23rd; €85pp) and the Magic of Christmas (December 7th & 14th; €85pp).

My favourite part of the stay, however, was chatting and cooking with Baker in the comfort of her own kitchen (an option available to small groups). After the omelette, she took fresh blackberries and reduced them to a compote, mixing the results with yoghurt. Warmth wafted from the Aga, sash windows overlooked the gardens. I felt almost like a member of the family. 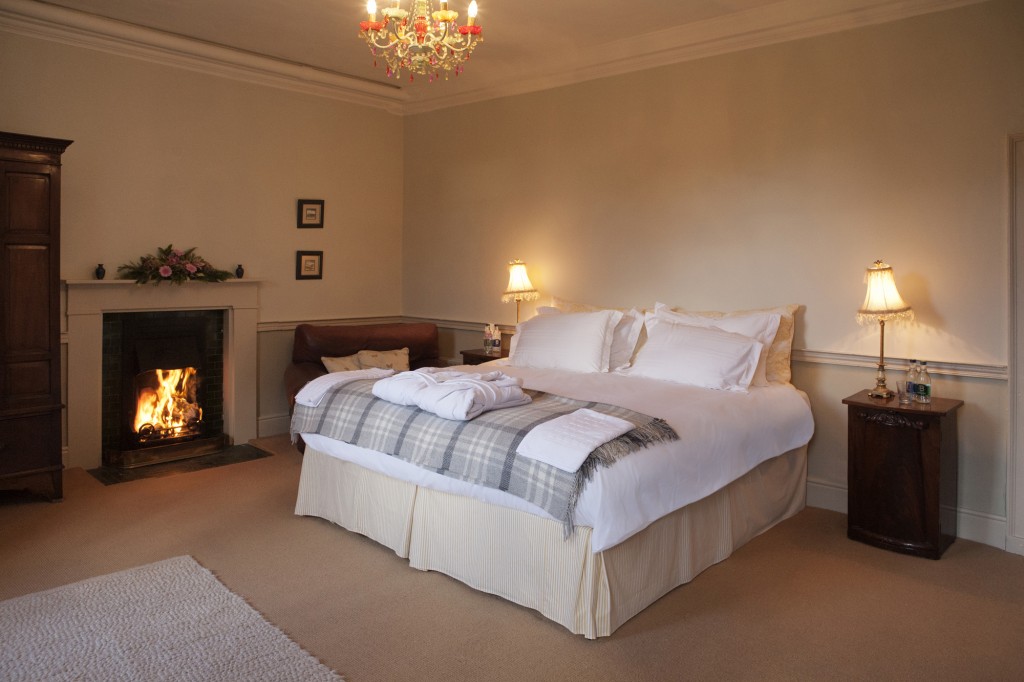 Cloughjordan House is impressive, but don’t expect a Blue Book property. The six rooms fit the description of a very good guesthouse rather than a luxurious country pile.

All are different (some offer open fires), but all come furnished with decent beds, cosy throws and a scattering of period features. Mine is on the second floor, with twin single beds set beneath a roof curving with the eaves, and lots of books slotted into nooks and crannies. A rain shower is an unexpected treat, and there’s a little vase of flowers from the garden.

Another surprise is the first-floor bathroom containing a sauna. I also like the window seats, honesty bar and antique touches – like the twists to the upper banisters. Cloughjordan can host weddings too, using its own ballroom, and there are two extra rooms over the cookery school.

Walking into the house, my eye is drawn to the curious collection of black and white photographs and documents lining the hallway. Peter Baker talks me through them.

Cloughjordan was built on the site of an old Norman tower, it turns out. A gentleman by the name of Jordan de Marisco is said to have lived there – he travelled to the Holy Land, and returned with a stone reportedly now buried in the foundations. Cloughjordan means ‘Jordan’s Stone.’

The house itself was built around the tower sometime in the 1600s, and has been invaded by Cromwellian forces, occupied by Free State soldiers and lived in by the owners of a garden nursery business before being acquired by Peter’s family. It has quite a story to tell. 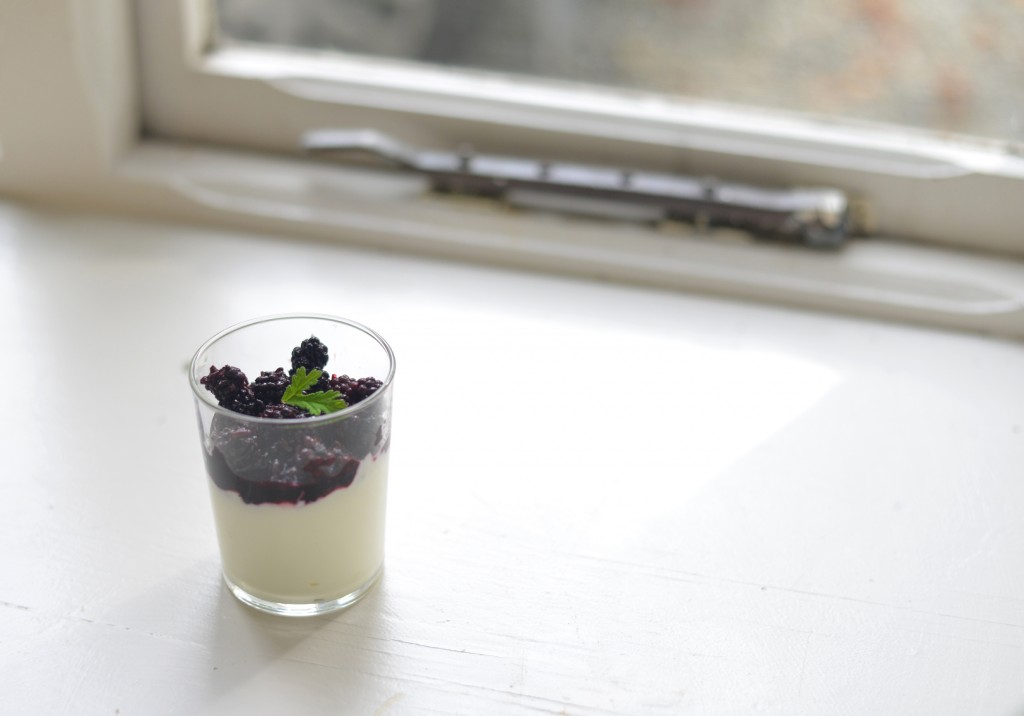 Expect slap-up country breakfasts during your stay. Hens’ eggs, bacon and sausages from Cloughjordan’s pigs and lashings of homemade jams, compotes and brown bread are all on the menu – and don’t forget to order up one of those fluffy omelettes.

There are lots of casual options nearby too – think of the Derg Inn in Terryglass and Larkin’s of Garrykennedy for gastro-pub fare, or the culinary crossroads that is Peter and Mary Ward’s Country Choice in Nenagh.

Every time I drop into the café/deli here, an irresistible delivery is after landing from some corner of the county – or indeed, the continent. It could be clover blackberry honey from Cahir, bulbous garlic from France, or tomatoes fresh from a Lebanese grower in Borrisoleigh.

Artisanal fare isn’t cheap, of course, but it tastes bloody good. “No matter what you buy here you never have to throw any of it out,” one regular customer tells me.

Cloughjordan is a small village, but there’s lots to do within a short drive. President Obama’s ancestral hometown of Moneygall is just down the road, the sailing boats and cycling trails of Lough Derg are nearby, and Nenagh is 20-minutes away… with some surprises lying in wait.

On a recent walking tour, I finally got to visit Nenagh Castle. Its origins lie in a 13th century fortification built for the Butler family, and a recent restoration has opened up 101 spiralling steps. If you have the stomach for the climb, the view from the turrets stretches all over Tipperary.

Don’t miss Rohan’s Pub, either (12 Sarsfield Street). Run by two generations, Paddy the father and Patrick the son, the pub is plastered with yellowing GAA posters, and Wednesday nights see trad sessions strike up next to old grocery shelves lined with Bird’s custard and Barry’s tea.

Rohan’s can’t match Sarah Baker’s cooking, but if word gets out that it’s your birthday, they have been know to stick a candle into a slice of Galtee cheese…

B&B costs from €65pp at Cloughjordan House. There’s a 10% room discount if you combine with a cookery class. Contact 087 251-5694 or cloughjordanhouse.com for more.