Siam Park (pictured) is a sprawling, Thai-themed waterpark in southern Tenerife, and one of the very best days out the Canary Islands have to offer for families.

Highlights? Try a 12.5-million litre wave pool and a suite of slides including the death-defying ‘Tower of Power’, which features a vertical drop onto a 76m slide passing through a shark tank. No, seriously.

Where to stay? The Iberostar Anthelia is one of Tenerife’s top five-star resorts, a palatial facility fronting onto Playa de Fanabe close to Siam Park. It’s got several pools, a quality kids club and ‘Salome’, a hotel within a hotel whose 24 rooms and private pool would suit grandparents travelling with families. Rooms start from around €198 per night.

Another option is the three-star Playa Olid Suites and Apartments, set right beside Siam Park. Thomas Cook has seven night packages for a family of four from €1,759 departing May 18th on a self-catering basis.  Best of all, unlimited access to the waterpark is included.

Lanzarote is Ireland’s favourite Canary Island, with over 250,000 holidaymakers soaking up its year-round sunshine, friendly resorts and relaxed beaches every year.

Playa Blanca is a good pick for the best family resorts, due in the main to white sandy beaches (never a given on these volcanic islands) like Papagayo. The resort is upmarket and laid back, and guests of HL Paradise Island get the added bonus of free access to its waterpark.

Adult and children’s pools, mini-golf, bike rental and a free kids’ mini club are other selling points (there’s a handy courtesy bus to the beach, too). ClickandGo.com has all-inclusive seven-night packages from €2,199 for a family of four departing Cork in June. 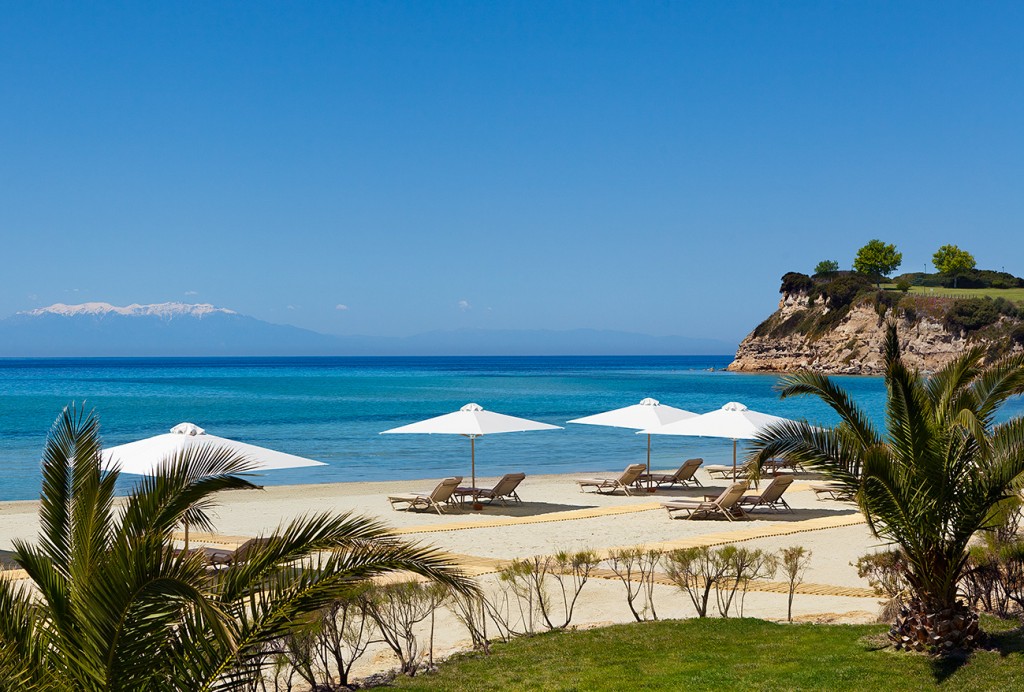 Lord knows, Greece has its problems. That hasn’t made its top coastal and island resorts any less spectacular, however. And when it comes to top family resorts, the Halkidiki Peninsula hotspot of Sani Resort is second to none… with prices to match.

There are five hotels to choose from, with Porto Sani Village possibly the best pick for families with young kids – it not only boasts Aegean beaches and a suite of pools, for example, but baby swimming lessons for tots aged six months to four years. There’s a crèche, kids’ club and breakfast babysitting (where kids are entertained whilst adults linger) too.

Going to press, a week for a family of four in early June was available from €2,772 via the resort website, excluding flights. Packages from the UK are available from ITC Classics.

The Algarve is always up there when it comes to family holidays – thanks to an abundance of sugar-sandy beaches, chirpy restaurants and quality attractions like Zoomarine.

Albufeira is 45 minutes from Faro Airport, meaning minimum transport fuss, and the three-star Club Praia da Rocha has been an Irish favourite for years. It’s not luxe, and the food certainly won’t wow, but it does have two pools, and it is a solid self-catering or all-inclusive offer, right on the cusp of Portimao’s lovely beaches. Abbey Travel has flights plus transfers and seven nights all-inclusive from €1,124 departing April 19th.

If you’ve got a bigger budget, take a peek at the Sheraton Algarve Hotel & Pine Cliffs Resort. The cliff-top resort comes complete with an elevator down to its beach, and Sunway has flights and seven nights from €1,237pp based on three sharing early June. 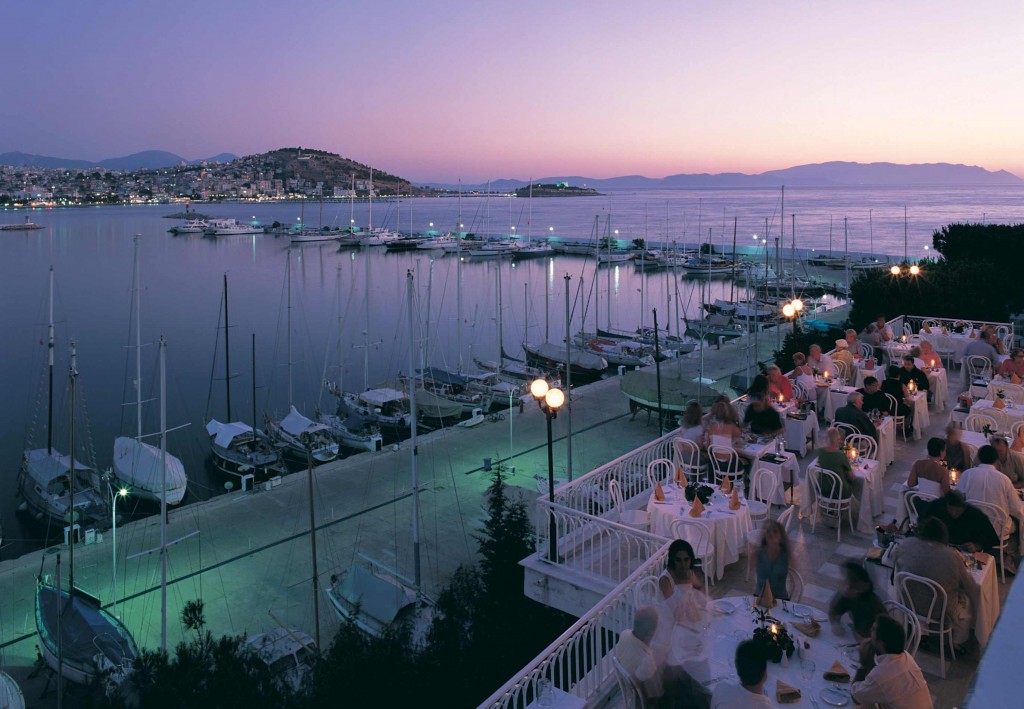 Turkey is increasingly on the radar of Irish package holidaymakers. Four hour flights are long for kids, but worth if for the great beaches, buzzy resorts and low cost of living in resorts like Bodrum, Bitez and Kusadasi (flight times are roughly similar to the Canaries).

Kusadasi is a solid bet for first-timers – home as it is to several beaches, Dilek National Park and Adaland, one of the biggest family-friendly waterparks in Europe. Wings Abroad has seven nights from €1,195, based on two adults and two children sharing at The Pine Club.

Meanwhile, Cork’s Blackpool Travel has 14 nights at the four-star Palmin Sunset Plaza from €570pp. The resort’s family-friendly activities include a kids’ club, playground, pool and nightly entertainment programmes featuring fire shows, acrobats, singers, dancers and synchronised swimmers among others. The price is based on June 1st departures from Cork.

Florida is Ireland’s most popular long-haul sun holiday destination. And the incentives to travel are pretty amazing – from white sandy beaches and blue skies to International Drive, the Florida springs and the best spread of theme parks on Planet Earth.

The Hard Rock Hotel at Universal Orlando is hard to beat for families, too. Guest benefits include early park admission, express access to jump the regular queues, free transfers around the resort and priority restaurant seating. It also has a kids’ camp, character dining, kids suites that feature an attached kids room with TV, table and chairs and a 12,000 foot pool complete with sandy beach and pool slide. Phew!

Tour America has flights plus seven nights at the Hard Rock Hotel at Universal Orlando from €769pp based on a family of four travelling on February 10th. 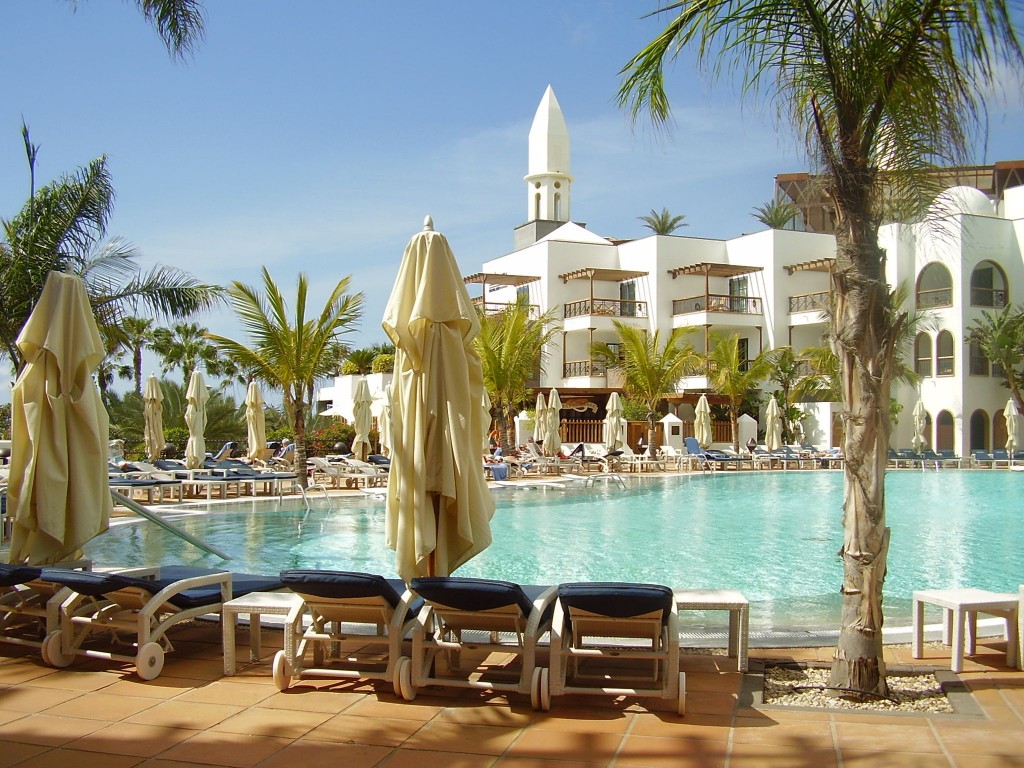 The Princesa Yaiza is a name many travellers to Lanzarote will recognise – a five-star resort that ranks as one of the most popular top-end escapes on the Canaries.

The resort is popular with customers of tour operators like Topflight and Sunway, with selling points including a prime seafront location, stunning pools and Kikoland – an on-site children’s park featuring 10,000m2 of pools, mini-clubs, playhouses, sports courts, an amphitheatre for shows, musicals and parties, and its very own soccer school. There’s also the option of two-bed family suites connected to the main hotel with their own facilities.

Going to press, Sunway had seven nights at the Princesa Yaiza including flights and transfers from €1,062pp based on three sharing.

Safe, palm-fringed beaches, pedestrianised seafronts, lots of families and seaside restaurants in which adults can scoff fish and wine as their kids play in the sand before their eyes. As sales pitches for family holidays go, Puerto Pollensa’s ain’t half bad.

Travelnet.ie recommends the four-star Aparthotel Playa Mar for families with young kids – “with an excellent kids’ club giving Mum and Dad some time for themselves”. The resort is low rise, the staff highly-rated, and it’s close to the town and amenities too. 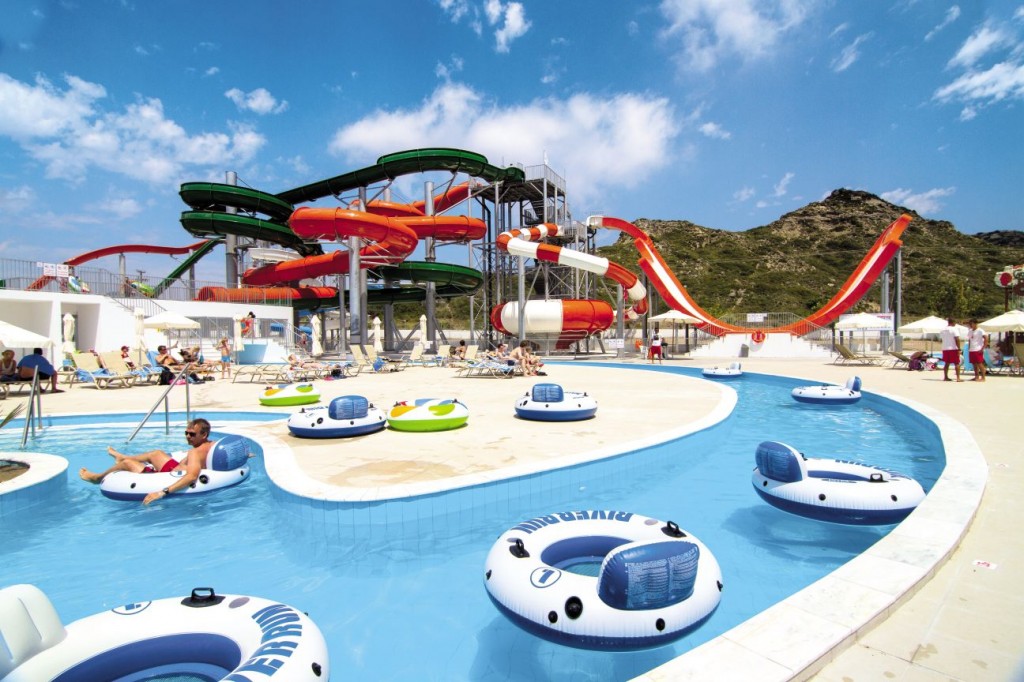 Got water babies on your hands? Falcon’s ‘SplashWorld’ resorts come with free entry to onsite or nearby waterparks, and there’s a selection to choose from in Majorca, Menorca, the Costa Dorada, Canary Islands, Rhodes, Corfu, Turkey and more.

‘Holiday Villages’ are another option – a category of resort that includes kids’ clubs, teen activities, crèches and evening entertainment, as well as football, stage and swim academies. Free child places are available in 2014 for early bookers, with prices for families of four ranging from €2,027 (based on the Algarve in September) to €3,198 in the Holiday Village Rhodes, recently voted on of TripAdvisor’s Top 25 hotels for families.

Looking for an active holiday? “Our most popular family set-up by far is the Ecosound Ecolodges in Ericeira, Portugal,” says surfholidays.com. “It gets the best reviews from families out of all our places.”

Swiss-made lodges stay cool in the summer and warm up in the winter, and come complete with an open BBQ, mini-cinema, table tennis, fussball, pool tables and eco-pool, as well as an honesty bar and traditional adega (wine cellar) for the adults.

The six lodges fill up with families during summer, with everyone sharing barbecues in the communal areas after surfing lessons. Surfholiday.com has a week from €1,120 per family in a lodge sleeping five, excluding not flights. Five days surf lessons cost €107/€70pp.

This feature originally appeared in The Irish Examiner.