The last of the summer sunshine is playing out, so if you’re thinking of taking a few days to get out of town and enjoy autumn before winter arrives, now’s your chance. Some of Ireland’s most exceptional driving routes occur along the coast, and we’ve got three favourites that will please even the most experienced traveller.

There’s more to Ireland than the Wild Atlantic Way, you know. Northern Ireland’s Causeway Coast is an absolute humdinger – with sensational stops along the way.

Start your journey at Newtownabbey. By stopping at Newtownabbey’s Loughshore Park, you can catch beautiful views of Belfast Lough and see ships sailing from the city – not just a sight to behold, but also an historical point of reference. Titanic was built in Belfast and first set sail from the famous Harland & Wolff shipyards here.

Next on this route you’ll reach Carrickfergus, home to a beautiful modern marina and a museum. Further afield you’ll meet the charming town of Kilroot. Jonathan Swift made a living here as a Minister, and the church at Kilroot is said to predate St. Patrick.

Further on down the road comes Larne, which proudly hosts the serene Islandmagee and Portmuck Harbour. The nearby Gobbins Cliffs are home to a variety of seabirds, the Glens of Antrim are nearby, and you can veer off at the side road to Gleno to discover four majestic waterfalls. After that, set your compass for the Antrim Coast and Carnlough.

After Carnlough, head for Cushendall – another scenic village where Georgian houses line up and the Curfew Tower remains a centrepiece. Next stop is Cushendun, yet another beautiful little village that offers wonderful sights and sounds. Back on the Causeway Coastal Route, head towards the seaside resort of Ballycastle… several locations around here were used during the filming of HBO’s Game of Thrones, bringing Westeros to life!

If you have the time, you can take the boat to Rathlin Island from Ballycastle.

From here, head west along the Causeway Coast before arriving at Carrick-a-Rede Rope Bridge. After wobbling your way across the 20-metre chasm, reward yourself by heading inland to the historic village of Bushmills, home to the world’s oldest licensed whiskey distillery.

After Bushmills, the famous sights keep stacking up. It’s onwards to the iconic UNESCO World Heritage site that is the Giant’s Causeway. Westward bound, you’ll find another iconic sight in Dunluce Castle. And if its family fun you’re after, stop in the nearby seaside towns of Portstewart and Portrush.

On the final stretch of the route, head towards Limavady via Castlerock. Limavady is a vibrant market town to stop in before heading on to your final stop of Derry to spend the night in Northern Ireland’s first City of Culture. The culture capital of the province provides you with the perfect ending to the perfect road trip.

If you’re visiting Northern Ireland, make sure you see at least some of this route!

2. The Ring of Kerry 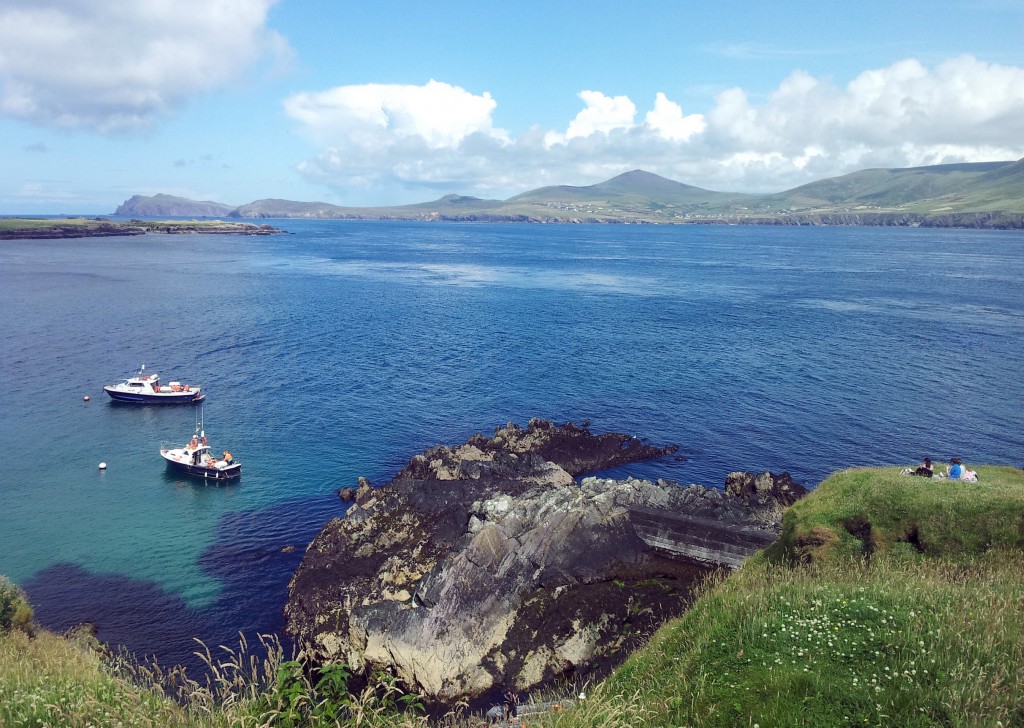 There are no wrong turns in Ireland, and this is especially true when it comes to the Ring of Kerry. Start your drive the beautiful town of Killarney, before heading northwest to Kilorglin. You’ll cross the shores of Lough Leane and find some glorious views as you pass through Fossa – the heavens will be in full view.

From Killorglin, follow the southwest road towards Cahersiveen. The landscape really opens up here, and you’ll find a traditional Ireland tailor-made for postcards – the bog, the sheep and the green-on-green fields. From Cahersiveen, you can detour south to Portmagee, taking a boat trip out to the UNESCO World Heritage Site of Skellig Michael. Set 13km offshore, this stunning shard of rock once hosted a monastic community, and was recently used as a filming location for Star Wars.

Back at Waterville, look out for another film star… Charlie Chaplin and family (his daughter loved it so much she stayed here); their statue is a perfect photo moment.

After Waterville, it’s time to take the road to Derrynane. You’ll meet Coomakista before getting there, a teaser for the beauty that is to come. A ruined chapel, the views of Abbey Island and the magnificence that is Derrynane House (former home of Daniel O’Connell) await, before you continue on towards Kenmare.

One of Ireland’s prettiest towns, Kenmare translates from the Irish ‘Neidín’, which means ‘Little Nest’… and you may well be tempted to stay! Swinging back towards Killarney National Park, make the time to stop at Ladies’ View or Torc Waterfall for some stunning natural set-pieces and views… the perfect ending to one of Ireland’s finest road trips. 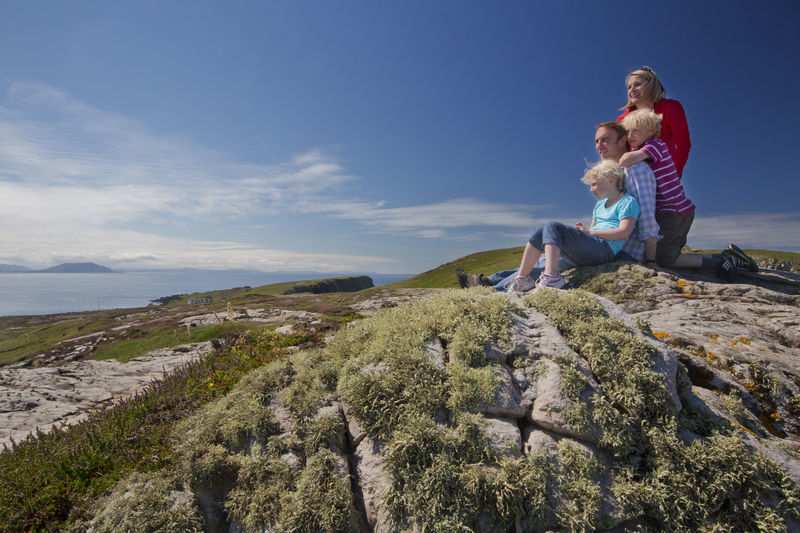 The Wild Atlantic Way is one of the best-known road trips in Ireland – it hasn’t left the headlines since its launch back in April, and with good reason. This taster route will show you why.

Malin Head is situated at the tip of the Inishowen Peninsula – Ireland’s most northerly point. Teeming birdlife and dramatic views are on offer here; it’s the perfect starting point. Head about 16km (10 miles) north of the village of Malin to find Banba’s Crown, which offers magnificent panoramas. This is a particular point of interest for those visiting Ireland from America… Banba’s Crown was the spot where loved ones waved goodbye to their families and friends as they set out across the sea on their journey to a new life in the US.

Fanad Head, meanwhile, is the most northerly point of the Fanad Peninsula. Here you’ll find the iconic Fanad Head Lighthouse and haunting scenery. The sound of waves crashing and perhaps even a breaching whale may greet you here, and don’t miss the sea arch at Pollaid, an amazing natural arch carved out of the rocks.

The last part of this coastal trip will be for many, the highlight. The Slieve League Cliffs (or Sliabh Liag in Irish), on the south west coast of County Donegal, are said to be some of the highest in Europe. They’re certainly some of the most spectacular. You need to leave your car behind when visiting the cliffs, to really get to grips with the scenery. Incredible views of the Atlantic Ocean, the Sligo Mountains and Donegal Bay are up for grabs when you journey towards the top.