Secret Dublin: An Unusual Guide has been voted Travel Book of the Year for 2013!

The annual Travel Extra Travel Journalism Awards were held to coincide with the Holiday World Show at Dublin’s RDS, and are considered Ireland’s top gongs for travel journalists.

Secret Dublin won Travel Book of the year, with eleven other winners collecting prizes in different holidaying categories. The awards were announced last Friday at a dinner attended by the cream of Irish travel and tourism writers and broadcasters, and sponsored by the Spanish Tourist Board.

Secret Dublin is published by Jonglez at €17.90.

You can buy the book online at Amazon and read snippets here. 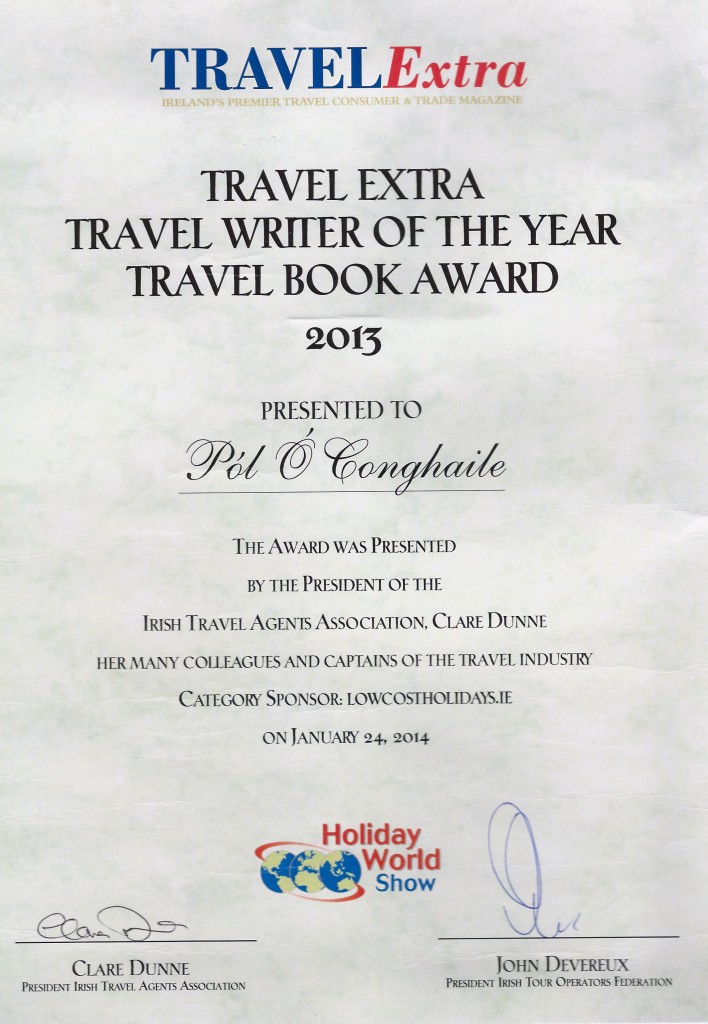