I’d heard years before about a very special corrie lake in the Comeragh Mountains. I knew I was onto something when locals tipped it quietly, almost reluctantly – not raving in the way you would about set-pieces like Slieve League or the Cliffs of Moher, but letting slip a pride and wonder while at the same time loathe to let me in on their secret.

I chalked it down, bade my time, watched for a window of opportunity, and when several family members were free, we took our chance and hiked into the hills.

Beginning at Kilclooney Wood, some 8.5km from Lemybrien on the R676, we followed a short forest trail to a slope dotted with stone and sheep. It took no more than 45 minutes to get up on a level with the lake, and we saw its specialness straight away.

Coumshingaun was black as chrome. Surrounded on three sides by steep slopes (the back wall is an out-and-out cliff), it looked like a volcanic crater. Huge boulders lay scattered about its edges, like crumbs spilled from a giant’s breakfast table. Another hour of scrambling took us up over it, to hills spotted with bog cotton and heather humming with bees.

We circuited the lake via the hilltops, with views stretching all the way out to sea. Here was a sight and a hike to compare with anything I’ve experienced in New Zealand or Norway, I thought to myself – and all just a stone’s throw from Lemybrien. 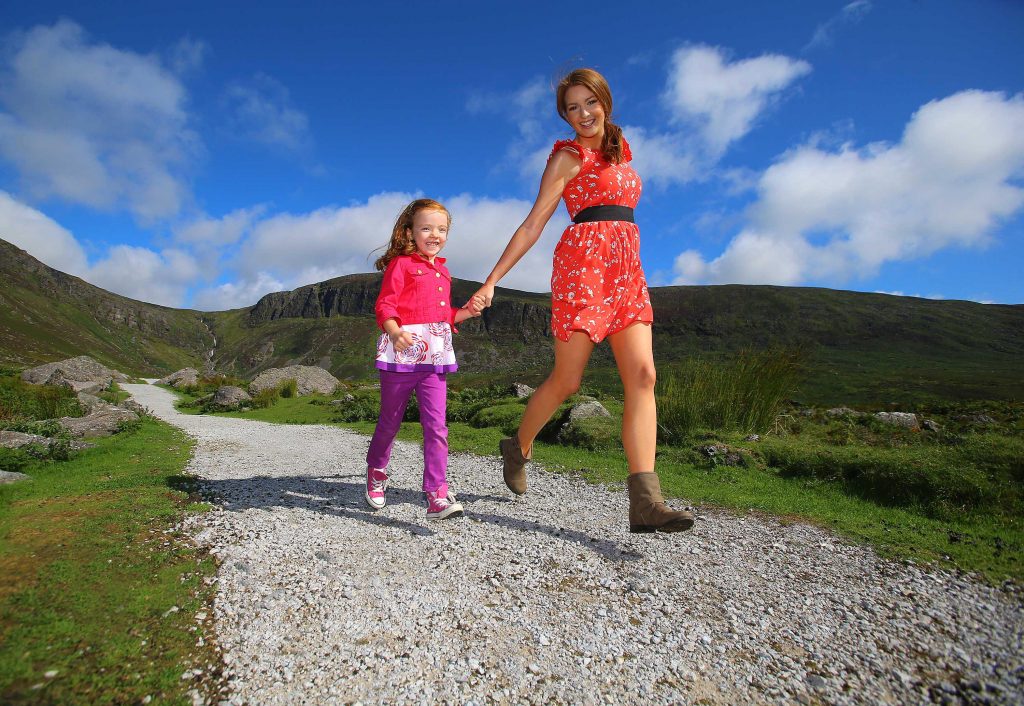 Next weekend sees the first ever Comeraghs Wild Festival (Sept.19-22) celebrating the beauty and diversity of this under-rated mountain range.

It’s a community-led initiative, with stakeholders from across the Comeraghs and the Copper Coast putting their turf on the map through a programme of walks, talks, traditional music, poetry and film – with the overall emphasis on nature and adventure.

No better place for it. One of the festival highlights is sure to be a night-time walk up to Coumshingaun with international mountaineer Michael Whelan – weather-permitting, nocturnal hikers will witness the full harvest moon rising to the east. There’s also the option of staying overnight in a tent with supper and storytelling which, given the lore surrounding 18th century highwayman William Crotty, should make for some good ghost stories.

Heritage-themed initiatives include a three-hour Miners Trail celebrating the mining heritage of Waterford’s Copper Coast, and a guided walk around the 2,500-acre Curraghmore Estate led by its former butler. Watch out for the Sitka Spruce standing by King John’s Bridge – planted in the 1830s, it’s one of Ireland’s tallest trees.

If a potter or a hike doesn’t get the adrenaline flowing, there’s a full moon run setting out from Kilmacthomas on Friday (Sept. 19, €15), and a ‘Last Journey’ walk (free) crosses the Comeraghs from Ballymacarbry to Rathgormac on Sunday, linking the two communities and ending with music and food at Nell’s Farmhouse. Surfing and sea-kayaking also feature. 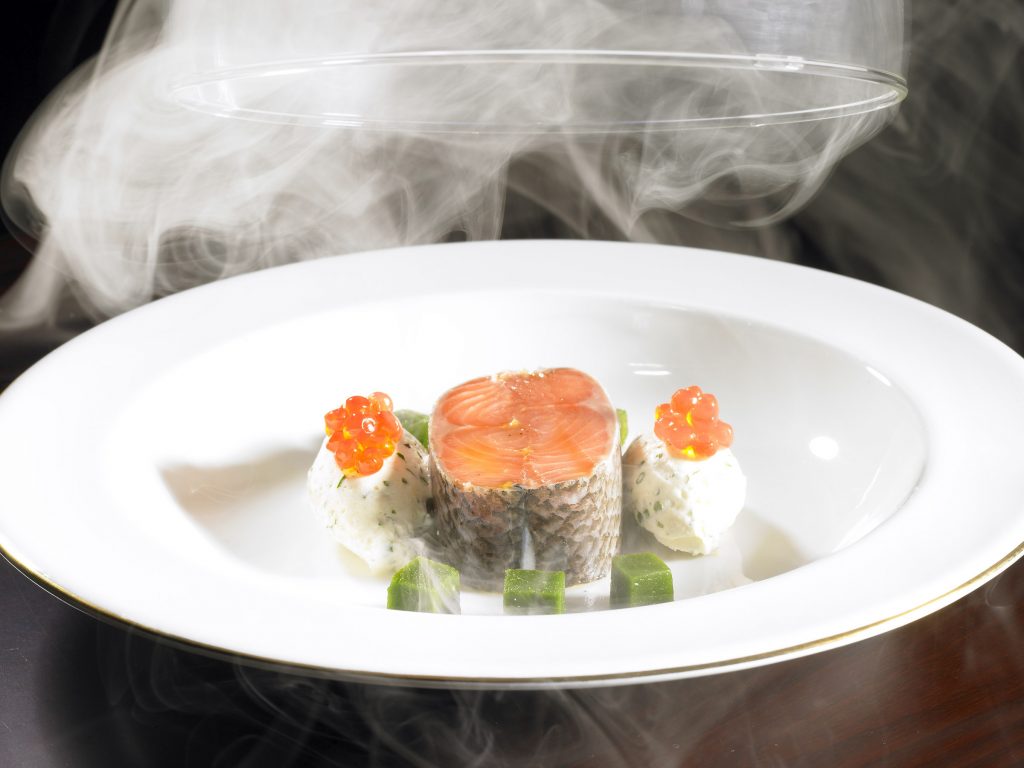 One thing you’re guaranteed during Comeraghs Wild is an appetite.

Whether you’re visiting the mountains for a gentle meander or a hardy hike, the fresh air around here has a way of seeping into your pores, bringing you up to the peaks and lakes and waterfalls with boyish enthusiasm, and returning you back down like a hungry bear.

A sandwich alone won’t cut it. In these parts, you need a full-blown blaa.

One spot for a casual feed is Nude in Dungarvan, the festival hub. Louise Clark’s whizz little café, bakery and deli is an ode to champion home-cooking, with yummy sambos (I enjoyed a honey-glazed ham with Carrigaline farmhouse cheese and piccalilli), right up to heartier dishes like Irish stew and duck confit. It’s a local favourite.

You can splash out in confidence too. West Waterford offers something few Irish regions can match, and that’s excellent food at every price point. While eateries like Nude cover the casual end, you’ll find head chef Martijn Kajuiter manning a Michelin Star kitchen over at the Cliff House Hotel in Ardmore. Its set menu costs €68.

Another restaurant regaining momentum after a challenging recession is Paul and Máire Flynn’s Tannery in Dungarvan. Voted Best Restaurant at the 2013 Irish Restaurant Awards, and increasingly tipped for some Michelin magic, its ‘Easy Evening Menu’ offering three courses at €30pp from Tuesday to Friday looks like an absolute steal.

Dishes like buttermilk chicken with black pudding, chickpea and raisin stew, or grilled haddock with York cabbage, mussel and saffron broth are the perfect way to introduce yourself to Flynn’s cooking before taking it up a notch with the a la carte.

Comeraghs Wild isn’t all about adrenaline. This mountain range has a reputation as a mystical place of reflection too (it’s not without its ironies that Coumshingaun is said to be bottomless), and the festival programme includes strong arts and spiritual strands.

A ‘Sacred Wild’ event taking place in Dungarvan and St. Helena’s Church in the Nire Valley, for example, features poetry, music and “stillness” on the programme. Elsewhere, you’ll find music and storytelling in the bars of Millstreet and Portlaw, and historic links between Wales and Waterford’s Copper Coast are emphasised in workshops and performances featuring the likes of Martin Daws, Young People’s Laureate for Wales and one the best live performance poets around – he’s a double winner of the Farrago Slam competition.

NB. Comeraghs Wild operates a ‘Bus Cultúir’ between Dungarvan and a number of specified events. It departs from Dungarvan library, costs €5 per trip (or €15 per weekend ticket), and seats should be booked in advance by calling 058 21169 (9am-5pm). 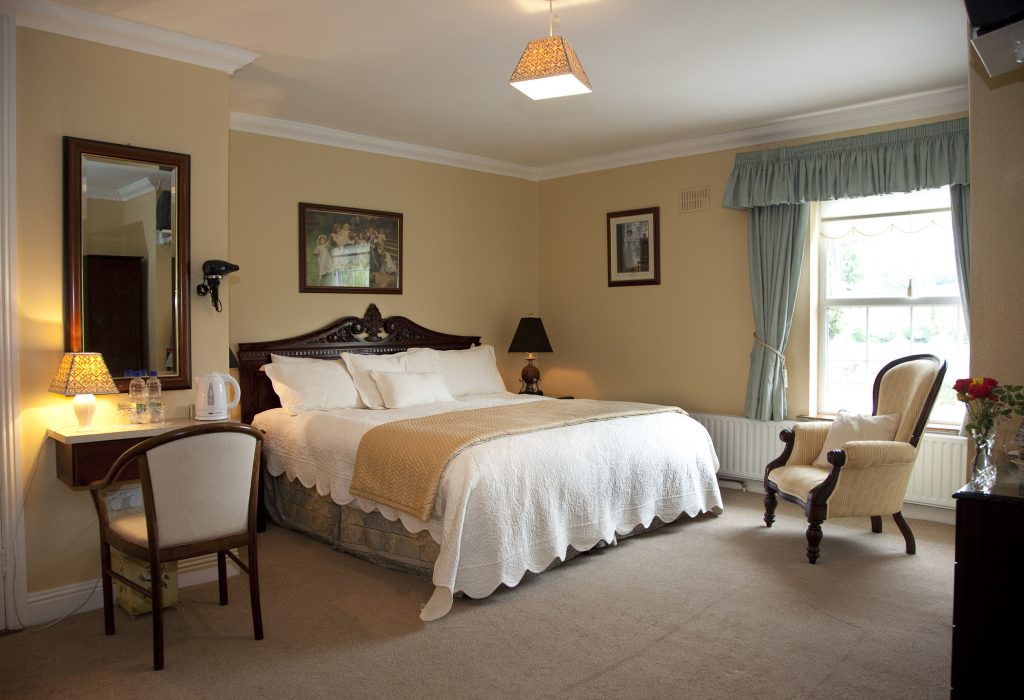 Hanora’s Cottage in Ballymacarbry is a peach of a B&B in the Nire Valley, with legendary breakfasts and Jacuzzi baths to soothe sore muscles. The first guests received by the Wall family back in 1986 came over the gap on horseback. Today, two nights B&B, one dinner and a packed lunch is on special at €155pp.

Nearby, Glasha Farmhouse (pictured) has two nights’ B&B, one dinner and a packed lunch including the Full Moon Walk, a Sacred Wild morning event and the ‘Last Journey’ walk, which crosses the Comerghs in 2-3 hours, from €145pp.

If you’re thinking of eating in The Tannery, a special offer bundling two nights’ in its Townhouse accommodation, a la carte dinner, Sunday lunch, a bottle of Prosecco and a signed copy of Paul Flynn’s latest book for €400 may appeal.

This feature originally ran in The Irish Examiner.