Imagine a boutique hotel room floating down the Danube.

Inside, there’s a marble-clad bathroom, a queen-size bed, Wi-Fi, a flat-screen TV and an evening turn-down service. Outside, a French balcony offers wraparound views of inland Europe’s most enchanting castles, markets and countryside.

I could think of worse places to kick back on a Saturday afternoon… and that’s the appeal of river cruising in a nutshell. Passengers get to see big cities, explore small towns and immerse themselves in charming landscapes without the hassle of packing and unpacking. It’s a holiday where your hotel comes too.

Little wonder they’re on the rise. A holiday option that didn’t exist 20 years ago has suddenly found itself the fourth most popular ‘destination’ in cruising, according to the latest CruiseHolidays.com Trends Report. Over 30 new river ships are due to hit the water this year, taking mushrooming numbers of passengers for itineraries along the Danube, Seine, Rhine, Mekong and other great waterways.

My ride is the MS AmaBella, a luxury ship running a seven-day schedule from Budapest to Prague. She’s a strange sight – long (135m) and thin (10m), custom-built for the rivers, locks and bridges of Central Europe. Onboard, I can kick back in a plush lounge, soak in a small rooftop pool or order the daily cocktail (as I write, it’s the Rainbow Warrior, a mix of tequila, triple sec, pineapple and lemon juice).

It feels like a four-star hotel re-assembled, Lego-like, for the river. 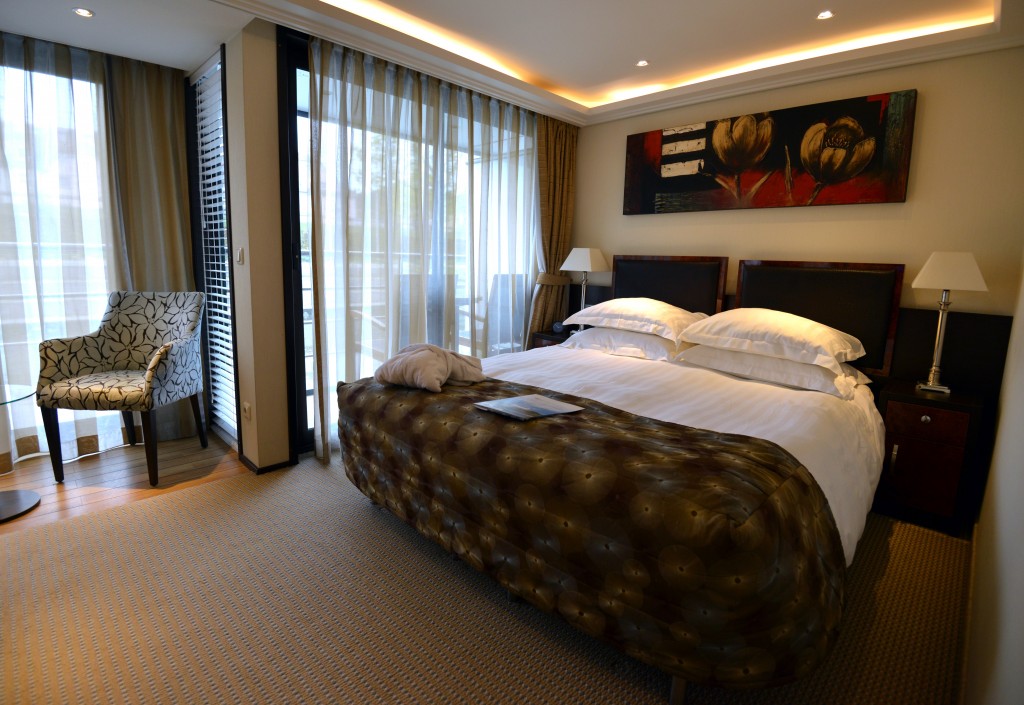 These weirdly long proportions have a purpose, of course. They allow these 21st century ‘longships’ to get up close and personal with cities and regions their ocean-going colleagues couldn’t dream of. Think of French vineyards, German Christmas markets, or the Netherlands in tulip season. Can you imagine Oasis of the Seas, or the MSC Preziosa, trying to pull off manoeuvres like that?

But it’s not just about the boats. Cultural enrichment programmes plug into the ports you visit too, making for a far more immersive cruise experience.

When we dock in Vilshofen, for instance, there’s a tent erected onshore. The ramp comes down, and passengers file off for a feast of frothy Bavarian beer and salty pretzels. A band plays in traditional costume, pausing for the local beer queen to take the microphone, lead us in song, and explain the elements of her Bavarian dirndl (dress). In the near distance, the bars of Vilshofen twinkle.

That’s just the beginning. Over seven days, our ‘Romantic Danube’ cruise will take in walking tours of Vienna, Salzburg, Bratislava and Prague. There will be optional Mozart concerts, wine tasting at Gobelsburg Castle and a chance to cook Hungarian goulash. One afternoon, we’re gobbling apfelstrudel in southern Germany. The next it’s sachertorte in Vienna… a pretty far cry from the Caribbean.

My favourite stop is Salzburg. This is ‘storybook Austria’, as Lonely Planet puts it, a city anchored by an elegant Old Town dotted with domes and spires. Atmospheric lanes and alleyways are spotted with cosy little shops and cafes. Close your eyes, and you’ll inevitably be able to hear distant church bells peeling.

That’s apt, given The Sound of Music (1965) was shot nearby. Guides picking us up from the ship explain that the movie was based on a true story, peppering their tours with fun facts about the movie. Did you know, for example, that Christopher Plummer refused to carry Gretl, requiring a smaller double? When we return to the ship, two local singers are even on hand to perform the songs in full costume.

Salzburg’s other musical hook is, of course, Mozart. The composer was born in the city, and his birthplace is right in the middle of the Old Town – strangely, complete with a Spar at the ground level. The museum provides the usual insights into a precocious life, but the detail that sticks with me are its three little bells outside – wooden handles connecting with wires tacked up the front of the building. 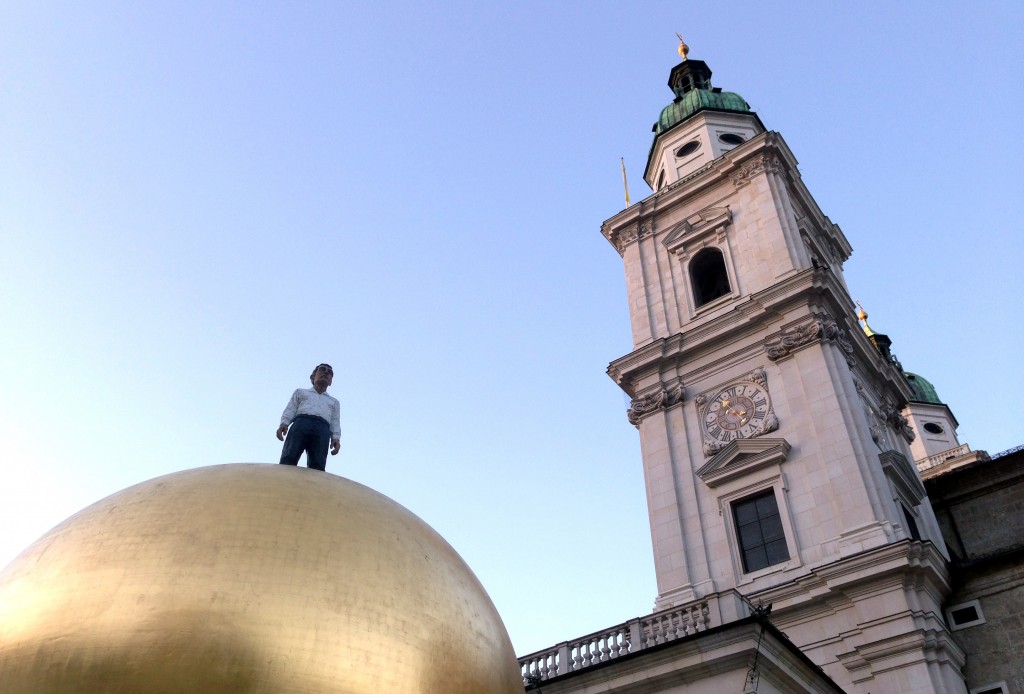 It’s perfectly acceptable to give guides the slip, too – and that’s what I do, escaping for a few hours unstructured exploration. Moseying through the small squares around the cathedral, I take the funicular up to Salzburg’s fortress (Festung Hohenzalzburg). It sits like a Christmas cake on a hill overlooking the city, and I’m just in time for a sunset that throws the nearby Austrian Alps into silhouette.

The bus is alive with the sound of music too. On our journey back to MS AmaBella, the guide pops on Eine Kleine Nachtmusik… “for a power nap”.

It seems as apt a time as any to offer a few observations on my fellow passengers. There are no families or honeymoon couples on board this ship. Most of the 150 or so cruisers are older passengers (cycling and walking tours are broken into ‘gentle’, ‘regular’ and ‘active’ paces), and the atmosphere is sedate… so sedate that the strains of Rod Stewart’s ‘Sailing’ can be heard as we pull out of Vilshofen.

Throughout our cruise, one older male passenger patiently works an embroidering project, complete with special embroidering goggles. I’m also privy to more than one discussion about the differences between an iPad and an iPod.

One reason for the dominance of older, wealthier (and often North American) travellers is the fact that river cruises can cost around €3k a week – a price that tends to include meals, drinks and excursions, but remains beyond the reach of many.

Another is that, unlike your Royal Caribbean and MSC mega-ships, there are no casinos, slot machines or surf simulators on board. The sailing is largely flat, which keeps seasickness to a minimum (“There’s no rock and roll,” as one passenger puts it), and you’ll very rarely find a river cruise spending full days “at sea”. 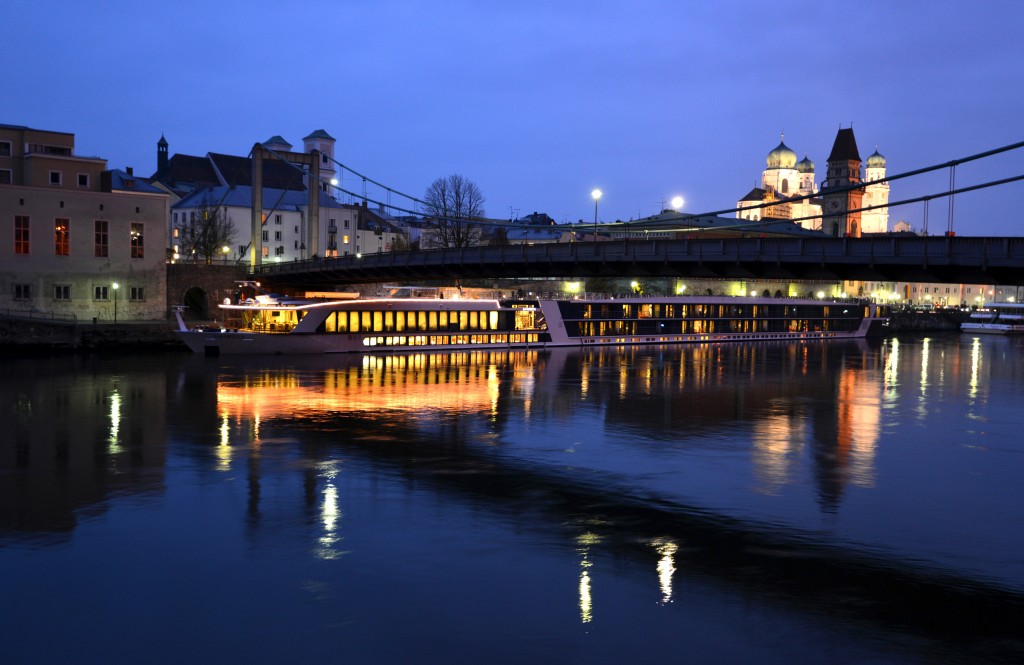 River cruises suit passengers who like escorted tours and small cruising concepts, but are genuinely curious about the heartland of continental Europe. That will suit certain holidaymakers down to the ground, just as it will send others running… the trick is to figure out which you are, or research your ship in advance on cruisecritic.co.uk.

I find myself having to keep ye olde calorie balance in check, too. Food is constantly on offer, beginning with early-riser pastries at 6am and proceeding through breakfast, elevenses, lunch, afternoon tea, dinner and supper. You can’t stick your hand out on a river cruise ship without hitting a snack or buffet of some description.

Dinner is a cut above the mass-market ships, mind you. It’s served in the main restaurant (a smaller dining option can be booked by groups), with four-course meals punctuated by amuse bouches and palate cleansers. You might kick off with marinated tiger prawns, for instance, followed by carrot and ginger soup, with main course options including a choice of salmon with spiced papaya salsa, roast chicken breast, or baked aubergine parmigiana with tomato sauce. 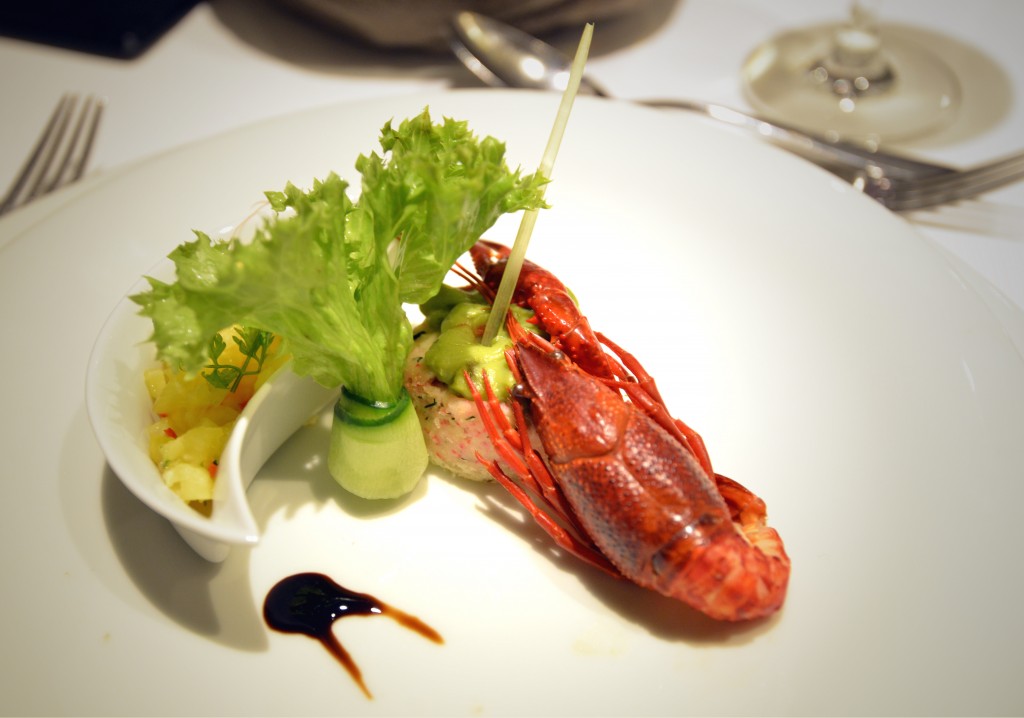 Overall, I’d liken the dining offering on my particular cruise to a good four-star hotel restaurant – not quite the gourmet fare suggested by the brochures, but definitely outdoing the main restaurants I’ve experienced on larger ships.

Despite the odd quibble, however, my cruise is largely a pleasant one. I’m not the target customer for an itinerary like this, but I do appreciate the fact that I never have to sit for long without somebody offering a coffee, the fact that there’s a chocolate on my pillow at bedtime, new-release movies on my TV, and a cosy library space with fake fires, real books and international newspapers.

Most of all, I like the sense of the journey as a destination in itself.

Drifting down the Danube, my picture window and balcony are never more than a few dozen metres from passing barges, from fishermen on the banks and hills dotted with “mighty castles, lofty monasteries and sumptuous palaces” as the ‘Daily Cruiser’ leaflet left in my cabin puts it. This is one of Europe’s great rivers, winding 2,848km from the Black Forest to the Black Sea, but the ship makes it feel intimate.

Every morning, we slips free of our moorings and the bow thrusters fire up. And every morning the experience clicks, and the realisation dawns that no, this isn’t a bad place to be, in a boutique hotel room floating down the Danube. 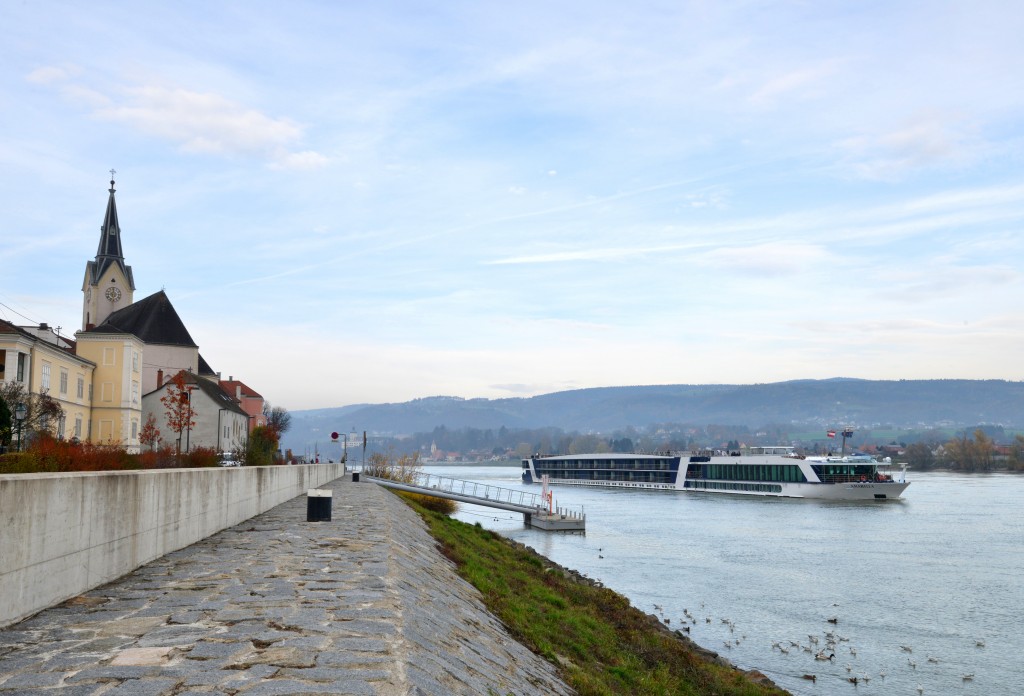 I travelled with Sunway and AmaWaterways. The seven-day Romantic Danube river cruise starts from €1,559pp in March (cruise only), rising to €2,274pp at peak season in September (cruise only). Cruise, land and flight packages are also available.

The time to travel…

Most European river cruises are available March through December (inclusive), but the weather should be a factor when making your booking. December is lovely for Christmas markets, for example, but not for sunbathing on deck!

As with all cruise ships, the experience can rise or fall depending on your stateroom. Lead-in rates cover twin rooms with twin windows, but expect prices to rise for larger rooms with balconies, or suites adding bathtubs.

River cruises depart throughout Europe, with itineraries as rich as the regions through which they travel. Port Wine & Flamenco cruises on the Douro, markets and temples on the Mekong, Christmas markets on the Rhine and Tulip Time cruises in the Netherlands are just a flavour of the holidays on offer.

This feature originally appeared in The Irish Examiner.